Big Momma’s operates throughout the Valley 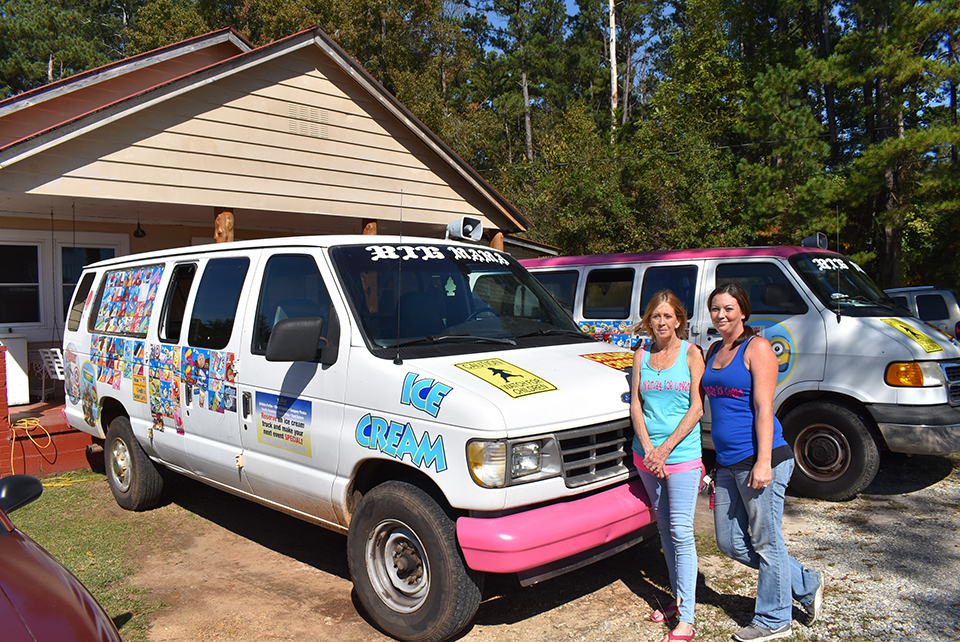 Although the weather is cooling down, that doesn’t mean there is any less demand for sweet, cold treats, at least according to the owner of Big Momma’s Ice Cream Tina Borden.

Borden is known by her grandkids as Big Momma and, with her daughter, Cynthia Harris, owns and operates the ice cream truck business. Their two brightly painted and sticker-covered trucks venture around the Greater Valley Area, blasting out the familiar tune that means ice cream and popsicles are for sale.

The business was started by Borden in November of 2017 as a way to serve those in parts of the Valley who don’t normally get passed by vendors.

“It all started with my grandkids,” she said. “The ice cream man wouldn’t come to their house because they lived out of the way so we decided we wanted to go where nobody would go. I have some customers that live out in the woods, literally. We will go just about anywhere.”

Joining her mother shortly thereafter, Harris said that she tries to stick to a route but ends up wherever there is a demand. Using Facebook as a way to drum up business, the pair will receive messages requesting the desserts in a certain area.

Their area of operation recently expanded as well, as West Point passed an ordinance in early October allowing food trucks to operate there. This was a big deal to them, Borden said, because it gave them a chance to finally, legally, fill the same underserved want in more communities.

The two said they do the work because of the positivity it brings, but that it is indeed hard work. Not realizing the monetary or physical cost that truck problems and a lack of air conditioning would bring, they say they put almost all of their profits back into the business and are happy to do so.

“Theres always a purpose behind everything in life,” she said. “The ice cream truck is a purpose for me.”

Harris and her mother said that they expect the business to keep growing, and “don’t plan on going anywhere anytime soon.” Whether its Lanett, LaFayette, Valley or West Point, those in the mood for a sweet treat can listen for the jingle of Big Momma’s Ice Cream.