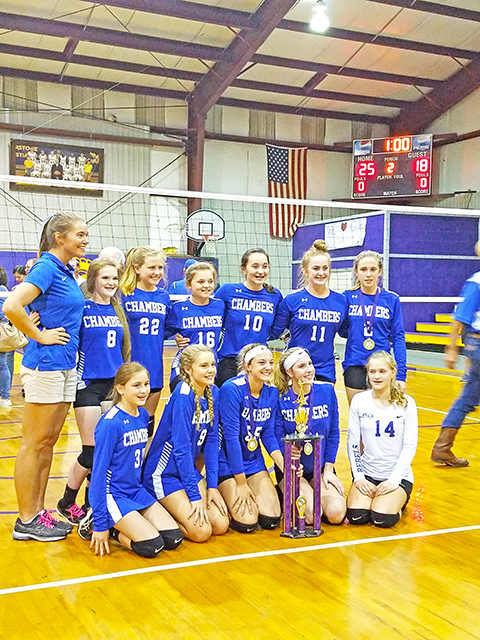 COLUMBIANA — It was the latest chapter in Chambers Academy volleyball head coach Jaylan Reynolds’ first season at the helm. The junior varsity Rebels swept their way through state tournament and won the championship with a 25-13 and 25-18 win over Cornerstone Christian.

Allen won MVP Tournament honors finishing with a total of 25 kills. Claire Allen and Mitcham were also named to the All-Tournament team. Claire Allen had 17 total assists in the tournament. Mitcham contributed three kills and two aces in the championship matchup against Cornerstone Christian.

“I could not be more proud of this group of young ladies,” Reynolds said. “They played their hearts out Saturday and it paid off. They absolutely deserved it.”

Bailey is one of the Rebels who has double-duty with Chambers on the varsity team as well. The varsity squad will host an are game tonight against Abbeville at 5 p.m. EDT.