Chambers Academy one win away from finishing another undefeated regular season 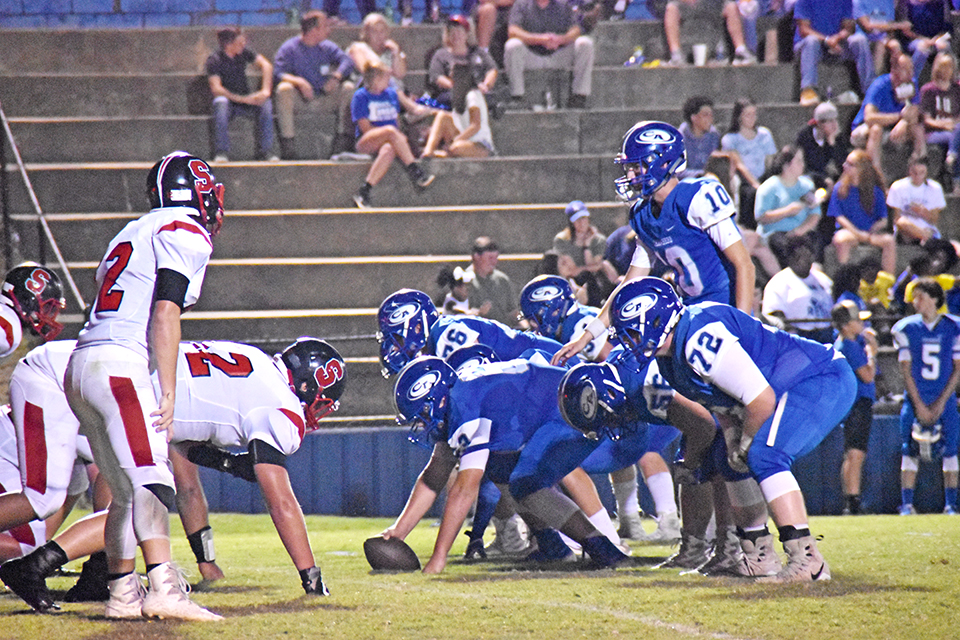 SELMA — The No. 4 team in all of the AISA, Chambers Academy, is now one win away from completing a third consecutive undefeated regular season after defeating Meadowview Christian 46-6 on Friday night. The Rebels have now won 33 regular season games in a row.

“It’s unbelievable because I can remember three years ago when we were talking about having our first undefeated season in school history,” Chambers Academy football head football coach Jason Allen said. “To do that three times in a row when we have not done it one single time in the history of the school in 47 years, that’s a pretty amazing feat. I hope it doesn’t make us complacent. I don’t think it will, but it’s special any time you can go undefeated.”

The main storyline of the night didn’t happen until the final moments of the game, however.

Meadowview Christian player Rin Hagood, who battles with autism, was given the ball on the final play of the game and ran for an 88-yard touchdown. It was a scenario that Meadowview head coach Bob Taylor and Allen previously agreed to if the game had got out of hand.

“A night he will never forget,” Carrie wrote. “Watching the excitement and joy from the Chambers’ players, coaches, cheerleaders and fans for Rin were incredible!  Awesome group of children! My heart was overflowing with JOY.  Thank you for posting the video.”

Allen said that fans of all ages were cheering for Rin to score and that there wasn’t a dry eye in the stadium.

“There were grown men with tears in their eyes after the game,” Allen said.

Chambers even had the Rebels’ quarterback punt the ball back to Meadowview out of shotgun formation on second down to make sure that the play happened. The Rebels have a chance to allow the fewest points in school history if Friday opponent Marengo scores eight points or less this week, which made giving up six points for Rin even more impactful for Chambers.

Allen said that he has no doubts about the decision to allow the score.