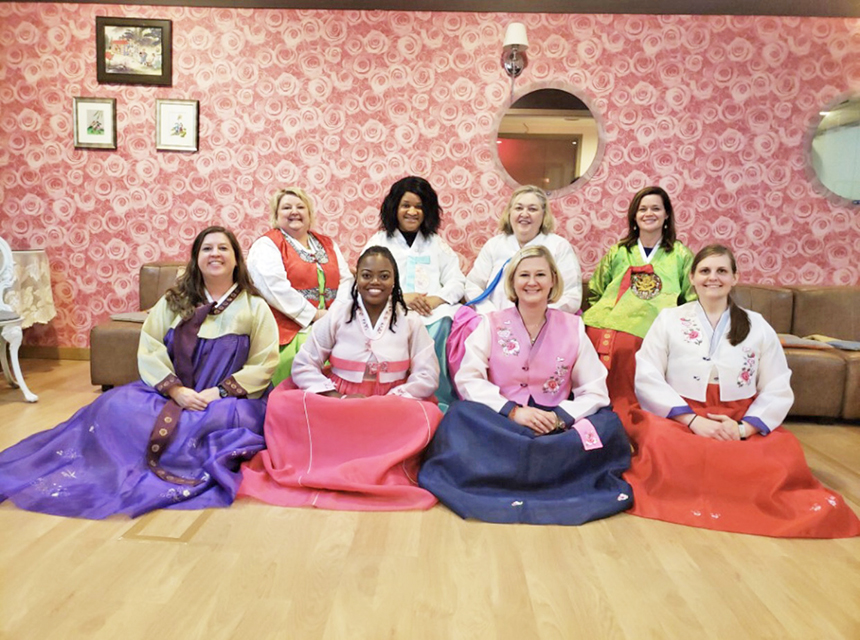 LANETT — Growing up and working in Chambers County, Robbye Smith is well-versed in the culture of the Greater Valley Area. To help her get a better sense of cultures elsewhere, though, the school teacher and Springwood Educatius International student coordinator spent some of 2018 with other educators in the capital of South Korea.

Through the Global Studies program at Auburn University, where she obtained her bachelor’s degree before pursuing two master’s degrees at Troy and South Alabama, Smith spent 11 days in Seoul getting first-hand experience with Korean culture and cuisine. While she was there, Smith said that she had her eyes opened to the fact that, although many parts of American and Korean life are different, the most fascinating aspect of the trip was the realization of the similarities they share.

“People are the same no matter where you go,” she said. “To meet people from another country, from another culture, and for them to treat you the same way, it was like being friends across the world. Everywhere we went, everyone was very kind and very hospitable to us.”

Smith’s group was made up of educators from around the Southeast, including Superintendent of Auburn City Schools Dr. Karen Delano, ACS Career Technical Director Laura Bailey, teachers from Phenix City, Notasulga and other surrounding areas. Dr. Jung Won Hur of Auburn University’s college of education helped plan the trip and prepare the group for the cultural shifts they experienced.

After a 14-hour flight from Atlanta, the group jumped into their daily cultural activities. Smith said that they spent their time visiting landmarks, trying new foods and, most importantly, taking classes. From cooking lessons to K-pop dancing instruction, the educators were fully immersed in Korean culture.

To see how their educating practices differed from Korean educators, the group was able to listen to lectures at Ewha Womans University and several elementary schools. Some nights, Smith said, the group would eat meals and interact with host families who walked them through the processes and traditions of dining that Americans don’t have.

Though some things were very different, Smith said Korea was home to a plethora of English speakers and visiting Americans.

“There were a lot of Americans there and I was surprised at the number of people who spoke English,” Smith said. “We learned some Korean before we went and Dr. Hur gave us an initiation on what to expect from the culture, but I was really surprised. The language barrier was not a problem at all.”

Now a few months removed from the trip, Smith said that she has been able to incorporate what she learned in Seoul into her work with international students, no matter where they come from. She said the biggest takeaway was the Korean’s emphasis on personal tutoring and how she now spends more time working with student’s one-on-one.

Overall, Smith said that the trip expanded her worldview and helped her realize that human connection comes easy, no matter the culture.

“I think a lot of us think about different cultures and different places as being completely different than us and that we can’t relate to those people, but we can relate to anybody if we get to know them,” she said.