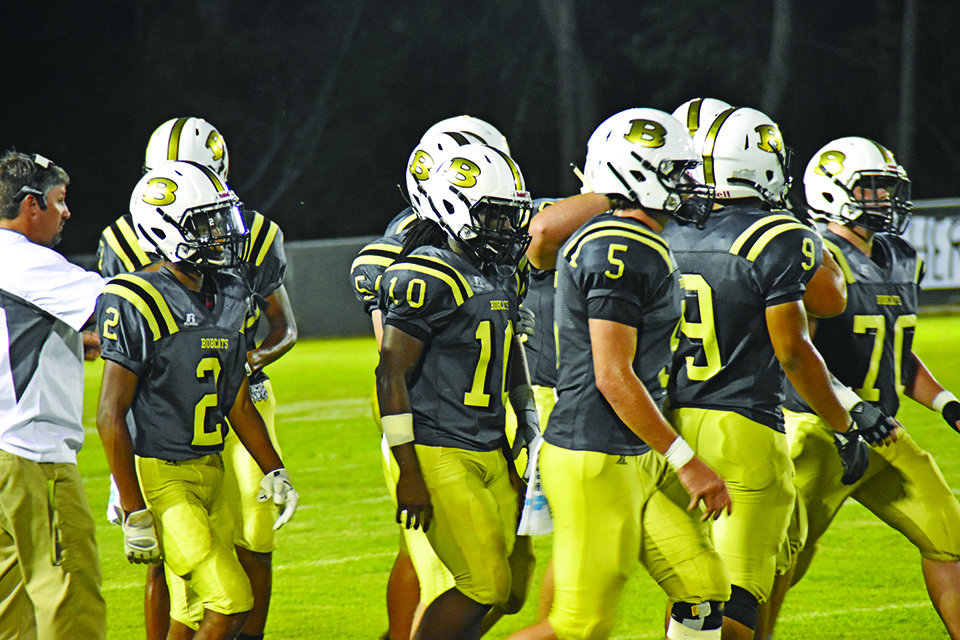 BACK AT HOME: Beulah returns to action at home this week after suffering its first loss last week. Photo by Rashad Milligan

Teams have now entered the last stretch of the year before the postseason, as October marks the final full month of regular season football.

Beulah faces its toughest opponent of the season tonight against St. James. The Trojans are 5-1 this season and are coming off of a 28-0 win over Pike Road. This is the first test for the Bobcats since dropping their first game of the season 20-14 to Bullock County last week. Senior quarterback Lonzie Portis rushed for 181 yards and two touchdowns in the game while throwing for 24 yards. Tonight’s game is a matchup of the top two teams in the 3A Region 3 and the Trojans come into the matchup with the advantage with a better regional record.

LaFayette is one of two teams having its homecoming tonight. The Bulldogs are playing host to 1-5 Alabama Christian during the team’s effort to solidify playoff position and earn their third-consecutive win. LaFayette currently sits in third place in 2A region 3. The top four teams in each region make the playoffs.

1A No. 1 Lanett is the other school that is celebrating homecoming tonight. The Panthers are hosting 2-4 Loachapoka, which is coming off of a 32-16 loss to Notasulga last Friday. Lanett has two regular season games remaining after tonight against 0-5 Verbena and 3-3 Billingsley. Panthers senior safety Trikweze bridges currently have 32 career interceptions, which is four shy of tying the all-time state record.

Springwood travels to 2-6 Coosa Valley tonight. The Rebels are coming off of a 42-0 loss to Edgewood Academy. The Wildcats won their homecoming game last week against Evangel Christian Academy 27-12. Springwood has a chance to make the playoffs finishing the regular season with wins Coosa Valley, 4-2 Lakeside and 0-8 Lee-Scott Academy. Last week, head coach John Gartman said that he hoped senior lineman Chris Ramseur would be healthy enough to return to the field this week. Star sophomore running back O.J. Tolbert’s health is also in question, who spent the majority of the second half last week on crutches.

In Georgia, Troup County hosts LaGrange in a local rivalry. The Grangers come into the matchup carrying a 1-5 record, while the Tigers are still an undefeated 6-0. Troup County junior quarterback Kobe Hudson is one of the top players in the discussion for Player of the Year this season in the state of Georgia. The four-star recruit is committed to Auburn as a wide receiver.

Valley High School has a bye this week.

All games, with the exception of Troup vs. LaGrange, kick off at 8 p.m. EDT.