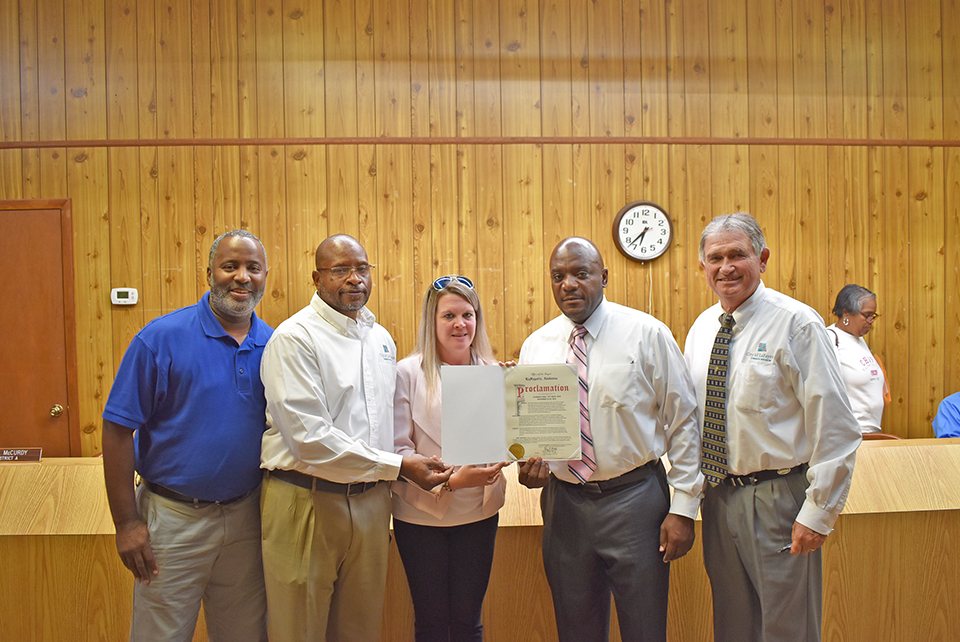 LaFAYETTE — Late November in the United States is viewed by many citizens as a time to celebrate the union between rural and urban life. This celebration, deemed Farm-City week, runs from Nov. 16-22, and the city council of LaFayette officially proclaimed their 2018 participation at their Monday night meeting.

Marketing and Events Manager for the Greater Valley Area Chamber of Commerce Carrie Royster was at the meeting providing the city an update on GVACC membership and events. Nearing the end of her presentation, she informed the council about the Farm City tours that will be taking place prior to the Farm-City week on Nov. 9.

The tours with gather interested citizens and chamber members together and bring them around the Valley by bus to visit local pillars of industry and agriculture, including West Rock and Langley Farms.

Along with the chamber tours, the Chambers County Farm-City Committee will also be holding industry tours for elementary school children at Slay Farm and The Oaks. In addition, the committee is meeting Thursday, Oct. 25 to discuss even more potential events.

Mayor Barry Moody and the rest of the council presented the city’s proclamation of Farm City Week to the citizens in attendance.

“For the past 60 years during Thanksgiving week, the American people have observed Farm-City Week to express gratitude for the bounty with which God has blessed our land and to recognize the achievements of the farmers, rural towns-people and city residents who make out Nation’s agricultural production and distribution system so successful,” the proclamation read.

In other meeting actions, City Clerk Louis Davidson announced that LaFayette was receiving a Community Development Block Grant from the Alabama Department of Economic and Community Affairs, or ADECA.

According to Davidson, the $400,000 grant will allow for much-needed infrastructure improvements in what he referred to as phase two of the water system improvement plan.

“We are really excited about this,” he said. “This will knock out some of the problems that we have had in the past with water lines.”