Lanett cruises into 42-0 win on homecoming night against Loachapoka 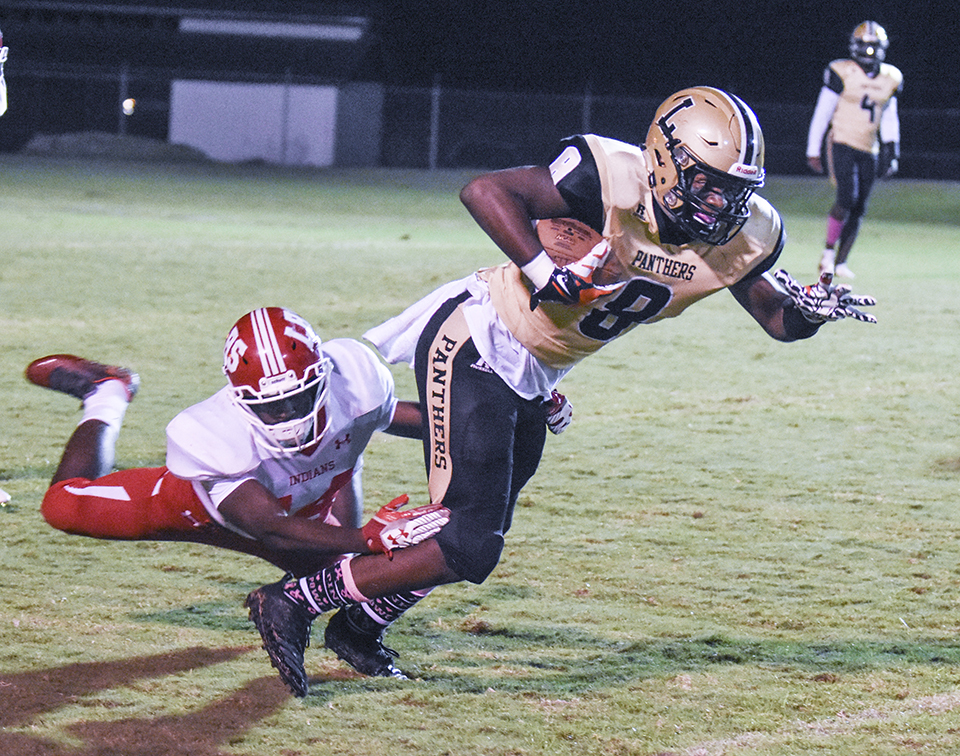 LANETT — It was another week at the office for the Lanett Panthers on Friday night. The 1A No. 1 team increased its undefeated regional record to 4-0 this season after shutting out Loachapoka 42-0 on homecoming night.

“We played a complete game,” Lanett head football coach Clifford Story, Jr. said. “We’re getting better each week, I’m seeing a lot of positive things. A lot of negatives are decreasing, that’s what we’re trying to do as we progress on into the season. [The] staff did a great job of preparation, we only missed one day due to the weather but overall, they responded well and they came out and did what I expected them to do.”

Lanett’s offense had a powerful 90-yard drive in the first quarter that ended in a 1-yard touchdown run from junior Kristian Story.

Less than three minutes after Story’s opening touchdown, senior Trikweze Bridges returned a punt for 72 yards to put the Panthers up 14-0 with 4:43 remaining in the first quarter.

On a drive that built momentum from a 63-yard gain by senior running back Todricus Askew, Story punched in another one-yard touchdown run to increase the lead to 21-0 early in the second quarter.

With 10:05 left in the second quarter, senior linebacker Tifton “Dee” Dobbs scooped up a ball off the ground to score another touchdown for the Panthers.

As band members and the 2018 homecoming court stood on the track surrounding Lanett’s field with halftime minutes away, Story launched his signature spiral down the field as Bridges hauled in the touchdown catch with 3:04 to go in the first half to push the lead to 35-0.

Even with the huge lead at halftime, the Panthers still weren’t satisfied.

“When we got up there [to the locker room] we got frustrated,” Bridges said. “Even though we were blowing them out, we still had to work on certain things. We weren’t running the ball correctly and we weren’t getting it done, we got mad and that’s something we need to work on.”

Bridges also grabbed his 33rd career interception at the end of the first half. He is now three away from tying the all-time state record.

“He’s right there,” Coach Story said. “He said he needs four so he can break it. I was hoping they would throw it to him a little more so that he could get it.”

Lanett has two games remaining in the regular season, before enjoying another open week before the playoffs begin. The Panthers will host 0-6 Verbena next Friday in the team’s last home game of the regular season.