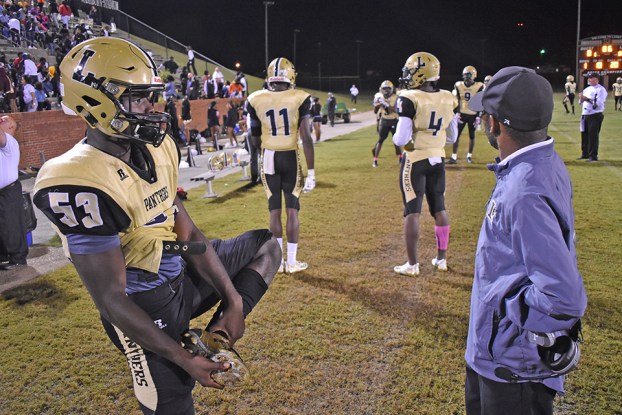 The end is near, at least for the regular season.

Tonight, teams around the Greater Valley Area are playing in one of the last few games before the postseason begins.

Beulah travels to face 2-6 Dadeville. After the game, the Bobcats will have two regular-season games remaining, wrapping up its region schedule next Friday night hosting Pike Road, currently 6-2. Beulah is currently tied for third place in the region with Montgomery Academy.  Last week, the Bobcats lost their second-straight region matchup against St. James 49-20. Senior running back Caden Dowdell returned to action last week and rushed for three touchdowns.

AISA No. 3 Chambers Academy will play to close another undefeated regular season tonight against 4-5 Marengo Academy. The Rebels have won 33 regular season games in a row. The offense is led by senior running back C.J. Lyons and sophomore quarterback Payton Allen. Junior Braxton Allen leads the defense, which has a chance to allow the fewest points in school history if Marengo Academy scores eight or fewer points tonight. Chambers Academy has an open week next Friday, meaning this is the team’s final game before the playoffs.

LaFayette is hosting 0-7 Coosa Valley. The Bulldogs will have one game remaining after tonight’s matchup. After suffering three losses to ranked opponents earlier in the season, LaFayette has won three games in a row and currently sits in third place in the region with a 4-3 overall record and is 2-2 in region play. The Bulldogs go as the team’s stingy defense goes, which has allowed just 15 points in the last two weeks.

1A No. 1 Lanett hosts 0-6 Verbena tonight for its last home game of the season. The Panthers will have to go on the road to play Billingsley before enjoying an open week to rest before the playoffs. Lanett currently sits atop its region with a 4-0 regional record. Last week, the Panthers shut out Loachapoka 42-0. Senior Trikweze Bridges is four interceptions away from breaking the all-time career state record in the last two games of the regular season.

The schedule doesn’t get any easier for 3-5 Springwood, as the Wildcats travel to face 4-3 Coosa Valley Academy tonight. The Rebels currently hold the tiebreaker over Springwood for the fourth-best record in the region, as both teams are 1-3 in the region. Last week, Springwood saw the return of O.J. Tolbert, who was on crutches for the majority of the second half against Evangel Christian Academy the week prior.

Valley returns home tonight for a homecoming matchup against 0-8 Rehobeth. The Rams are expected to also see the return of freshman leading-rusher B.J. Baker in the matchup as well. The Rams are currently on the outside looking in, sitting in fifth place in the region behind 2-2 Charles Henderson, Beauregard and Carroll. Valley has two regular season games and one region remaining after tonight’s game.