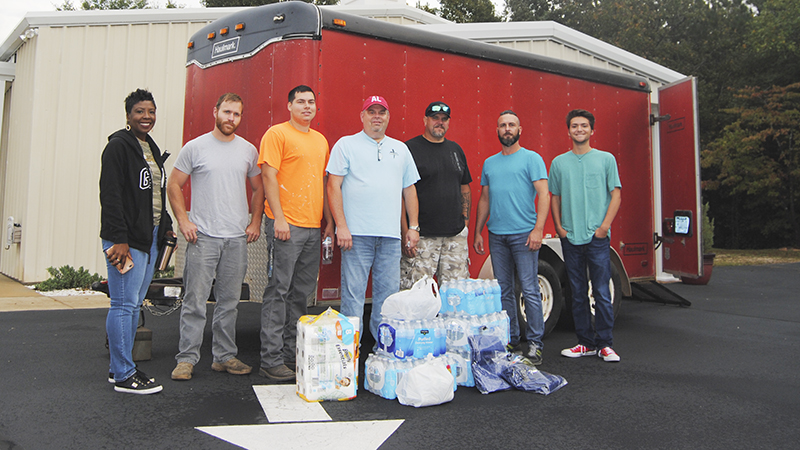 “We wanted to help a community that’s off the beaten path,” said Pastor Bogey Cotney. “There’s been lots of relief help going to communities that are farther south, and that’s good, but we wanted to help an area that hasn’t gotten as much help.”

A city of approximately 1,000 people, Shellman is the county seat of Randolph County, Georgia.

“We’ve been in communication with their local sheriff’s office and will take the trailer load to a delivery place,” Cotney said on Wednesday.

A week after the deadly hurricane slammed into the gulf coast, the death toll had risen to 29 people by Wednesday, most of them in the Florida panhandle. Michael was the highest category storm to ever hit the panhandle.

It was the third most intense Atlantic hurricane on record, only surpassed by the Labor  Day 1935 hurricane in the Florida Keys and Hurricane Camille in 1969.

In terms of maximum wind speed, it was the strongest to hit the continental U.S. since Hurricane Andrew devastated south Florida in 1992.

Michael was the strongest hurricane Georgia has seen since the late 1800s.