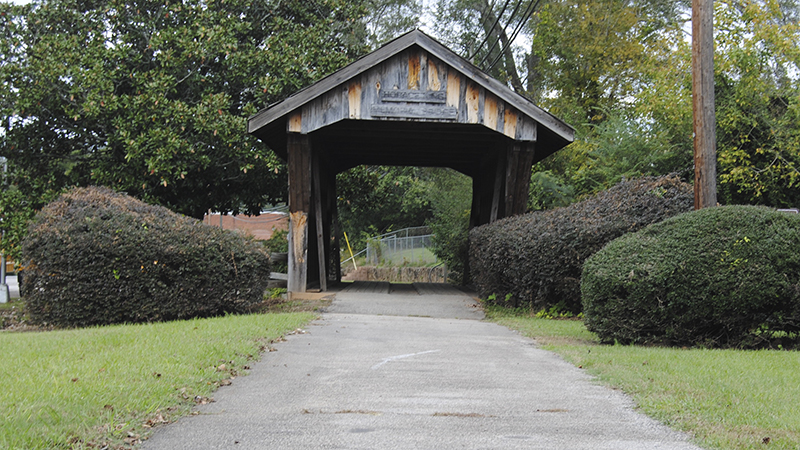 VALLEY — Thanks to funding from the state of Alabama, the City of Valley’s Chattahoochee Valley Railroad Trail will be seeing renovations early next year.

With $277,200 being awarded from Gov. Kay Ivey through the Alabama Department of Economic and Community Affairs, or ADECA, the 6.9-mile-long trail will be resurfaced, repaired and receive new amenities like benches and fencing.

“It will give our citizens a really nice place to walk again,” said Valley Mayor Leonard Riley. “We have quite a few citizens that walk this trail, and this will improve the place where they like to spend time outside.”

Ivey and ADECA announced in mid October that $2.7 million would be used to enhance recreational trails across the state.

“Trails are important to every Alabama community because they not only promote fitness and physical activity, but they help define a community’s character,” Ivey said. “Trails, parks and recreation areas also play a factor in attracting industry and business to a community, as well as tourism.”

Specifically speaking on the Greater Valley Area, Ivey noted how this grant is another addition to the progress being made by the city.

“From the recent announcement that John Soules Foods is locating in the city and creating 500 jobs to the Recreational Trails Program grant for the Chattahoochee Valley Railroad Trail, good things are happening in Valley and Chambers County,” Ivey said. “I am proud to see the Valley area, which struggled so much after the decline of textiles, pull itself up, dust itself off and go about the business of becoming a vibrant community again.”

Riley said that the work on the 23-year-old trail has been something the city has wanted to do for a while. Along with the funds coming in from ADECA, the city will put up a 20 percent — or $69,300 — match, bringing the total project cost to $346,500, according to the mayor.

“It’ll make the track smoother and much easier to walk,” he said. “Especially down in River Road section where East Alabama has been doing work and dug the track up in about 12,15 places, this will smooth that over. We are going to ensure they are completely finished before we do this.”

East Alabama Water, Sewer and Fire Protection District has been digging up parts of the trail along River Road since June in order to replace underground gas and water pipes. Riley said their work should be done soon and that the city will begin their renovations in early 2019.

“Once we start this, we will finish it,” he said. “We will probably take bids in February and do the work in March.”