Story and Bridges to represent Lanett in All-Star Game 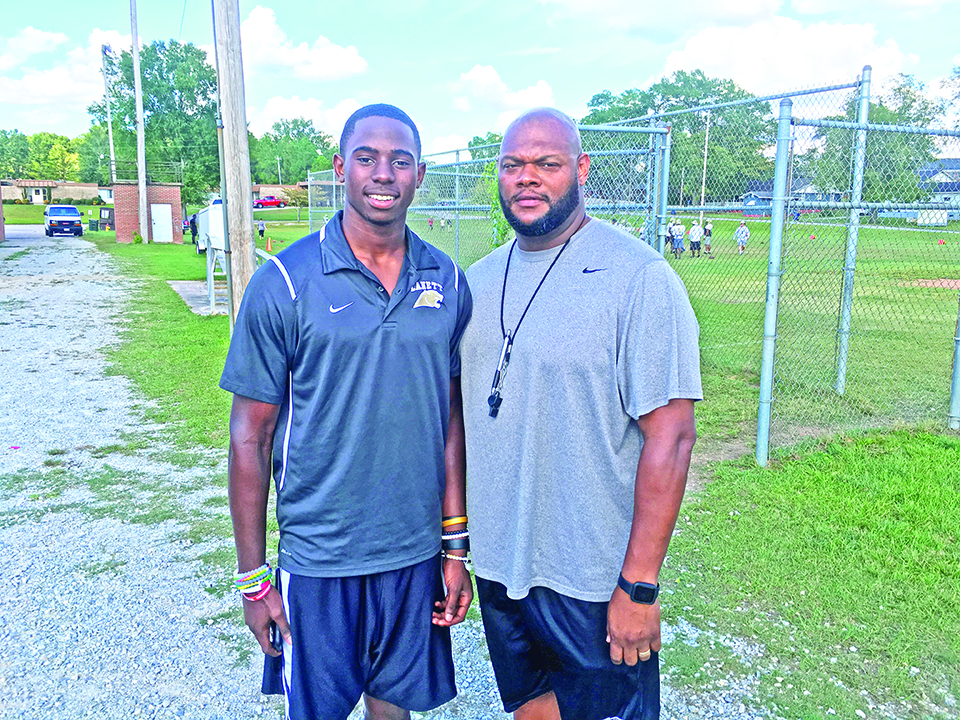 LANETT — The 1A No. 1 Lanett Panthers will have two representatives in the 32nd annual Alabama-Mississippi Classic on Dec. 17 at Cramton Bowl in Montgomery.

“It feels great to coach among some of the best coaches in the state of Alabama,” Story said. “To have an opportunity to represent our state, and it also looks good for our school system to have a player and a coach participating in the same game.”

Story led the Panthers to its first state championship in his ninth season with the school in 2017. The current team that he’s coaching features two of the highest-ranked players he’s ever had in Bridges and his son, Kristian Story.

College coaches from all of the major football programs in the country have visited Lanett’s campus to ask about the athletes his program has been producing, Coach Story previously said.

Bridges is the No. 12-ranked senior recruit in the state and is a four-star prospect, according to ESPN. He is also ranked among the 300 best players in the nation.

This past summer, Bridges announced his commitment to the University of Oregon. Although the athlete was being recruited as a safety, he only knows that he’ll be playing wide receiver in the upcoming All-Star Game as of now. As a safety, Bridges has reeled in 32 career interceptions, which is four shy of tying the all-time state record.

The senior is excited to get on the field on the same side of the ball as four-star Auburn commit Bo Nix, who Bridges played with on Cam Newton’s 7-on-7 squad but only on the defensive side of the ball.

Also headlining the game is Alabama-commit Taulia Tagovailoa, who is the younger brother of current Alabama quarterback Tua Tagovailoa.

“I’m really excited to work against the top guys and really see what my receiving skills are looking like,” Bridges said.

7A No. 5 Hoover High School head football coach Josh Niblett is slated to be the head coach of Alabama’s All-Star team.

Story said he’ll definitely take some of the things that he learns from the state’s other top coaches back to Lanett after the game.

“We’re going to be there for a week with each other,” Story said. “You’ll get a chance to see how they go about their business day-to-day, see how they work and a lot of stuff that I’m pretty sure I’ll be able to pull from on what they’re doing. They’re state championship coaches. They’ve been there and done that so for me to be able to come in, watch them and coach with them is an honor.”