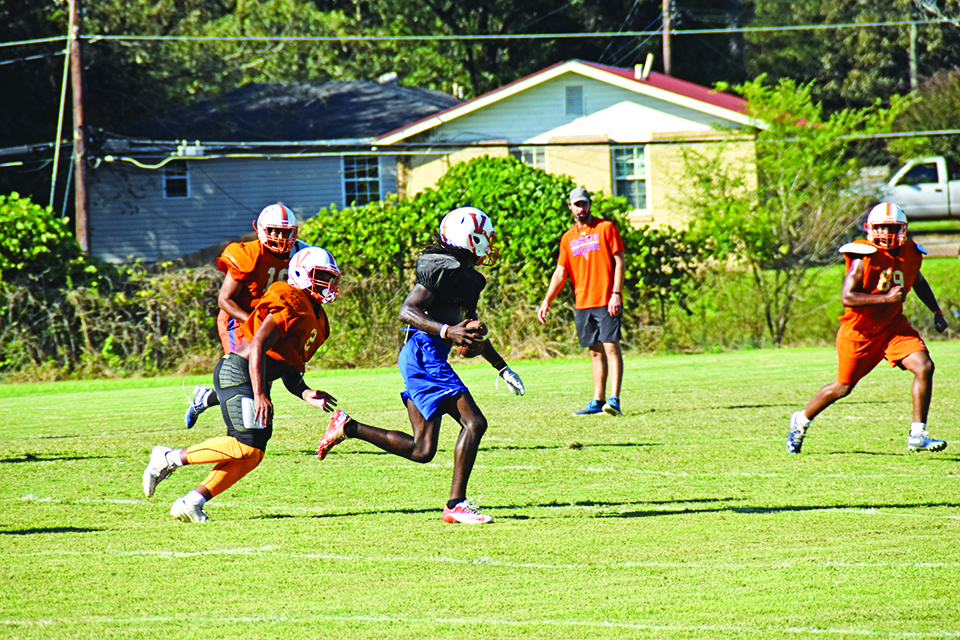 VALLEY —  Fresh off of a 30-6 win against Marbury, the 3-3 Valley Rams began a new week and a new month of work on Monday afternoon.

The Rams ran an intense practice as head football coach Buster Daniel led the offense and assistant coach Marshon Harper led the defense as the two sides simulated plays against one another.

Despite temperatures still hovering in the sunny 80s, the fall weather was starting to show itself as the shadows on the field grew deeper and the breeze blew harder than it did when practices kicked off in August.

Coaches on both sides of the ball continued to remind the players of one simple message: This Friday night is a big game.

“We’ve got to get back to get back to playing hard-nosed football,” Daniel said. “We did that today. We got after each other and that’s what you expect.

Valley is going on the road to face 3-2 5A opponent Tallassee. The Tigers are coming off of a bye week after suffering a 20-13 loss to Early County in Georgia on Sept. 21.

Last week against Marbury, Dunn helped build a 27-0 Rams lead in the first half by gaining nearly 100 yards on the ground. During Monday’s practice, Dunn broke another run on the right side of the field in an environment that slowly grew in competitive nature after each play.

“He is our leader,” Daniel said. “The guys will follow him, whatever he does, whether it’s good [or] if he goes down, they’re going to be right there with him. He is our leader. He is the guy we look for. He had a great game again on Friday night, he led us and had 100-plus yards, a touchdown. We’re leaning on him right now with B.J. out.”

Dunn even shouted out how much he loved practicing on his way back to the huddle after a play on Monday.

In the middle of the regular season, Valley has already surpassed last season’s win total of two and the Rams don’t plan on slowing down anytime soon.