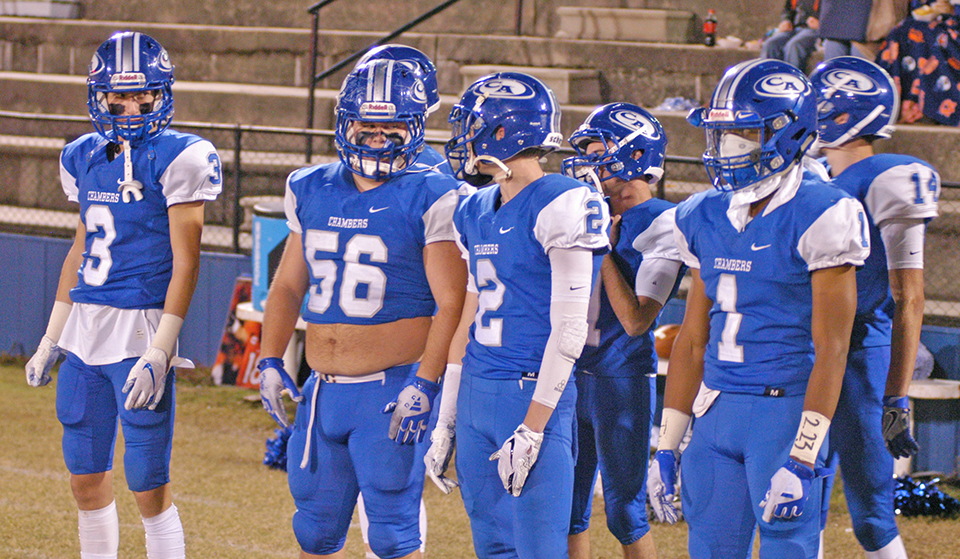 After two consecutive regular seasons of looking untouchable, a combined three points has kept Chambers Academy from winning a state championship. The Rebels have made the last three state title matches, but have fallen short each trip.

“Being on all four teams, it’s a big [mental] block to come to,” Chambers Academy senior running back C.J. Lyons said. “Working hard every single day since day one of practice and coming to school every single day, it’s heartbreaking, but you’ve just got to put it in the past, shrug off your shoulders, brush everything off and work harder and harder until you get it done.”

The eight seniors on Chambers Academy looked primed to run through a wall before Wednesday afternoon’s practice. Even when the third time wasn’t the charm, the Rebels are still confident that this is the year the program makes history and wins its first football state championship.

“This year is a whole different year from the last four years, I think,” Chambers Academy senior running back Hayden Harris said. “We’re going to walk in there and we’re going to own the field. That’s something we’ve never done before because we were new to it.”

While many of the seniors agreed that they were thinking about this game in particular moments after losing last season’s championship, the players didn’t take this season’s dominance for granted.

This year’s Rebel defense has allowed the fewest points in the school’s history. Head football coach Jason Allen said that he was recently told that the team is ranked fourth in the nation, according to a private schools poll, under Division 4.

A win for Chambers Academy would impact multiple generations for the program. Lyons and Jordan Gillespie’s older brothers both played for the Rebels as well, coming up just short of winning a state title.

“I mean, I’m going to rub it in, but not that much,” Gillespie said, referring to how he’ll bring up the win to his brother. “They did a great job, they just came up short like we have the past two years.”

Lyons said that he wants to give his older brother a championship ring if the team wins, but his brother has already declined the offer.

“This is a small community, so it would mean a lot to everybody in this community because it’s so small,” Lyons said. “That’s why Coach Allen always phrases it as ‘small-town famous,’ but it would go down in history for sure. Everybody, all the fans, the coaching staff, the players and all the kids in the school, it would mean a lot just to finally hold the big trophy up and say ‘we did it.’”

In the event that the Rebels can say that they “did it,” Alston Knox said that he would hug coach Kyle Jackson first, many seniors said that would just embrace the moment with some dancing on the field, during the trophy presentation and in the locker room.

A win would mean a lot to the community around LaFayette and Chambers Academy, but there are few people that it would mean more to than Lyons, Gillespie, Colton Hand, Rodricqus Dark,  Mitchell Lee, Nick Harmon or Knox.