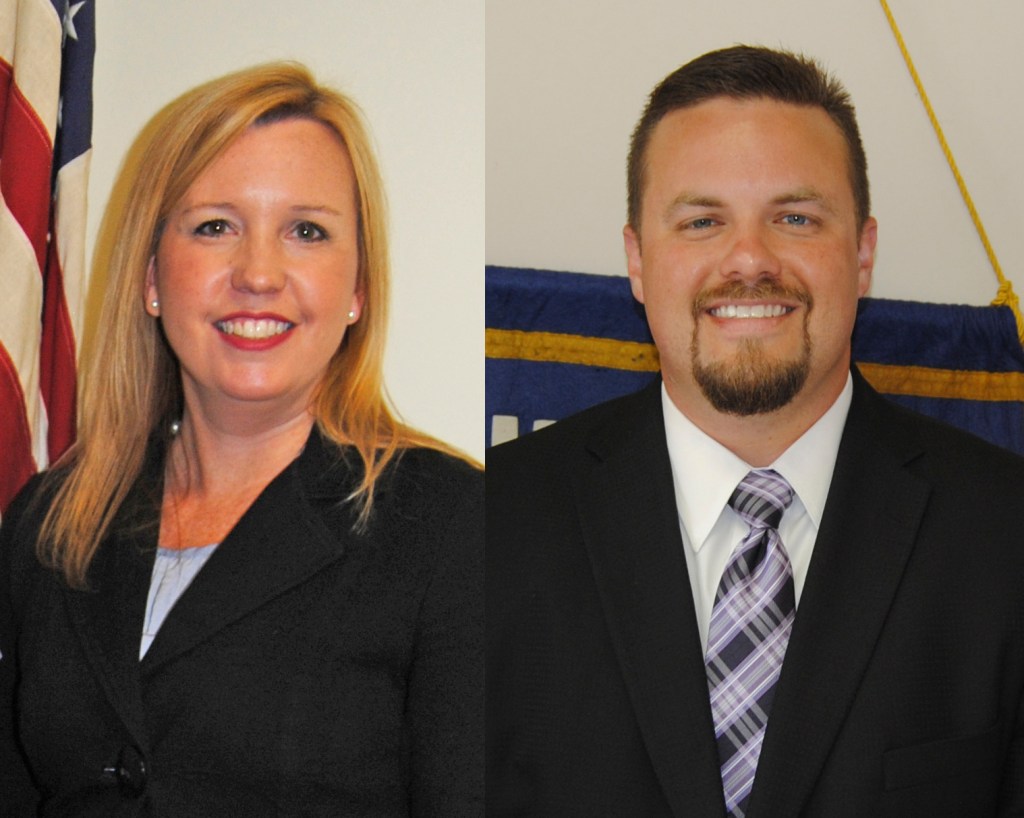 One of the more consequential local elections to be decided on Tuesday, Nov. 6 is the probate judge race between Brandy Easlick and Paul Story. Easlick is running as a Democrat and Story is on the Republican ticket. Each won the nomination of their party in the June general election.

Both have been campaigning hard since then.

They’ve been making public appearances, speaking to civic clubs and have lots of signs along the roadways in Chambers County.

Easlick, the incumbent, is completing her first term and has been on the job for close to six years. Story is in his second term as a member of the Valley City Council. He’s the son of former Chambers County Circuit Clerk Charles Story.

At a candidate forum this past spring, Easlick thanked the voters on having given her the opportunity to serve. She said that the fact she has degrees in law and accounting are huge assets for a probate judge.

“We have had 10 elections in the past five years,” she said. “We have made some needed improvements in the office — people can get their tags and their titles faster than before — and I have some ideas on what we can do going forward.”

In speaking to the Kiwanis Club of Valley in September, Easlick said that wait times had been reduced from 50 to 75 percent for those coming to the office.

“I think we are more efficient now,” she said. “We’re now taking debit and credit cards. You can mail in your tag renewal or do it online. We have a full-time person at the Lanett Annex now. People in the Valley don’t have to drive to LaFayette anymore to get their driver’s licenses renewed.”

Easlick encourages everyone to get involved in the electoral process and to vote in every election.

“We had a terrible turnout (in the June election),” she said, noting that the statewide turnout was around 12 percent and Chambers County was less than that. “People should be informed and to get out and vote. There’s a lot at stake, and it does affect you. Those who do vote make decisions on behalf of the vast majority of people who are registered and who don’t go to the polls on election day.”

At the candidate forum, Story pledged to be open, honest and prompt with the public.

“I won’t make a lot of promises, but I will give you a direct answer,” he said. “The probate judge’s office should be open and accessible to all the citizens,” he said. “Filings should be done in a prompt manner, and the staff should be cross-trained so that workload doesn’t fall behind when someone is out.”

Story added that his time in office as a city council member has given him extensive experience in preparing budgets and seeing them through.

At an appearance at the Kiwanis Club of Valley in September, Story said that he’d been in the medical field for 15 years. He’s now the primary care provider for Dr. David Fagan.

“I was raised in a family with a strong belief in public service,” he said. “My parents loved to serve the community and to help people. I’ve had the opportunity to work with people from all walks of life. I believe in addressing people’s needs without delay. I believe I can make the office of probate judge a public-friendly office, and I will listen intently to anyone who comes through the door.”

Story said he thought the Lanett office should be open during the lunch hour and that the probate judge should be in that office on certain days.

“I will be open, honest and transparent,” he said. “I will be available 24 hours a day. I will use good common sense and ask good questions in hearings. There’s a great deal of responsibility when it comes to adoptions and mental cases.”

“Whether you vote Democrat or Republican, no one should complain about an outcome if they didn’t vote,” he said. “It’s important to get out and vote on election day. I hope we have a good turnout in November.”