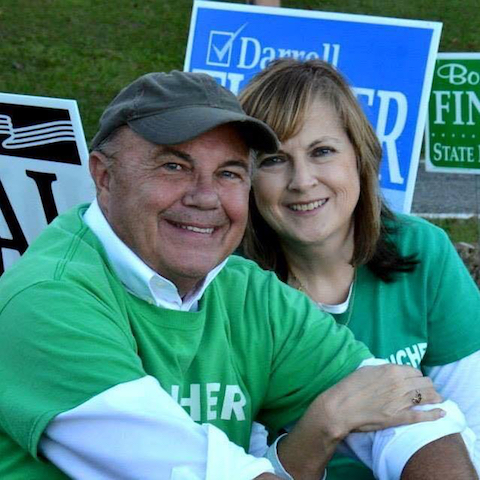 Bob Fincher will retain his position as Alabama Representative for District 37 after beating challenger Charlotte Clark-Frieson Tuesday night to retain the seat.

Both candidates ran unopposed in the primary elections in June, Fincher as the incumbent Republican and Clark-Frieson as the Democratic challenger. Fincher stepped into the role of District 37 Representative in 2014, after making an unsuccessful run at the position in 2010. Fincher won the 2014 race by a slim margin, besting Democratic candidate Josh Burns by less than one percent in that race. As of press time, Fincher held more than 71 percent of the vote from Chambers County, Randolph County and Cleburne County.

District 37 covers the southern portion of Cleburne County, including Ranburne, as well as the entirety of Randolph County and a large swath of Chambers County, from the northern county line down to LaFayette and further in some areas. The seat also covers a portion of Lanett as well. Fincher carried the Chambers County ballot by a final of 3,241 to 2,108.

“I also want to thank my opponent for running a clean race,” Fincher added of Clark-Frieson. “I look forward to serving the district for another four years.”

Fincher has a background as an educator, as he spent 31 years as a public school teacher in Alabama. He ran his campaign on the platform of reducing government regulation and increasing personal liberty and is a proponent of fiscal responsibility within the government. He has held many positions with the Republican Party on the state and local levels, serving as the Republican Chairman for the Third Congressional District, as well as a presidential elector for the state in 2000 and 2012.

Clark-Frieson operates Clark Memorial Funeral Services out of Roanoke, a business that was started by her father. She spent 21 years as a teacher and has led the Randolph County NAACP. She ran her campaign with a promise to act ‘decent’ in her government work, was a proponent of Medicaid expansion and supported an increase in teacher salaries. She also promised to support legislation that would fund the overhaul or reform of the state’s correctional facilities.

“It’s been a long 10 months, it’s been a very long journey,” Clark-Frieson said Tuesday night. “From my perspective I was just honored to have the opportunity to run for this office. I ran a clean campaign. I’m so grateful for my team, we rolled up our sleeves and gave it our best. I congratulate Mr. Fincher on his victory and we look forward to working with him and holding him accountable to all segments of our community.”