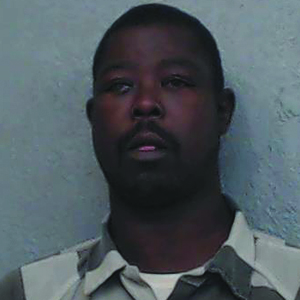 VALLEY – New details have emerged regarding the arrest of a LaFayette man who confessed to robbing a Valley convenience store Sunday afternoon.

Michael Briskey, 42, was taken into custody Sunday after throwing hot sauce into the face of a 73-year-old clerk at CV Express at 304 River Road and attempting to steal money from the cash drawer.

After police responded to the incident, the clerk said a black man in a blue windbreaker and pants was hanging around the store before the incident. In fact, she told police that she even had a conversation with the man outside.

When she re-entered the store, he followed her and bought two pieces of candy. Police report that when the clerk opened the cash register to hand him change, Briskey threw a capful of hot sauce into the woman’s face and attempted to take money out of the register. The suspect and the clerk struggled over the cash register before he ran out of the store on foot.

After police watched surveillance footage, they were able to identify the suspect as Briskey. While processing the scene at the store, patrol units searched the area and found Briskey about three blocks away from the store. Police Chief Tommy Weldon said the man had changed clothes by the time police found him but still had the clothes from the robbery in his possession.

Authorities said the suspect did not have a weapon other than the liquid when committing the offense, and it’s not clear how much money he got away with, if any.

During the course of a police interview, Briskey confessed to the robbery and was charged with robbery in the first degree and theft of property in the fourth degree. At that time, he was processed and incarcerated in the Chambers County Jail.

Robbery in the first degree in Alabama can be when a person is armed with a deadly weapon or dangerous instrument or causes serious physical injury to another person.

The charge is a Class A felony, and if convicted, carries a sentence that can range from 10 years to life in prison.

Second-degree theft in Alabama is when the value of the property taken doesn’t exceed more than $500. It is considered a Class A misdemeanor and could carry a maximum punishment of one year in jail.

For surveillance photos and a video of this incident, visit www.valleytimes-news.com.