Lanett flies past Florala in first round 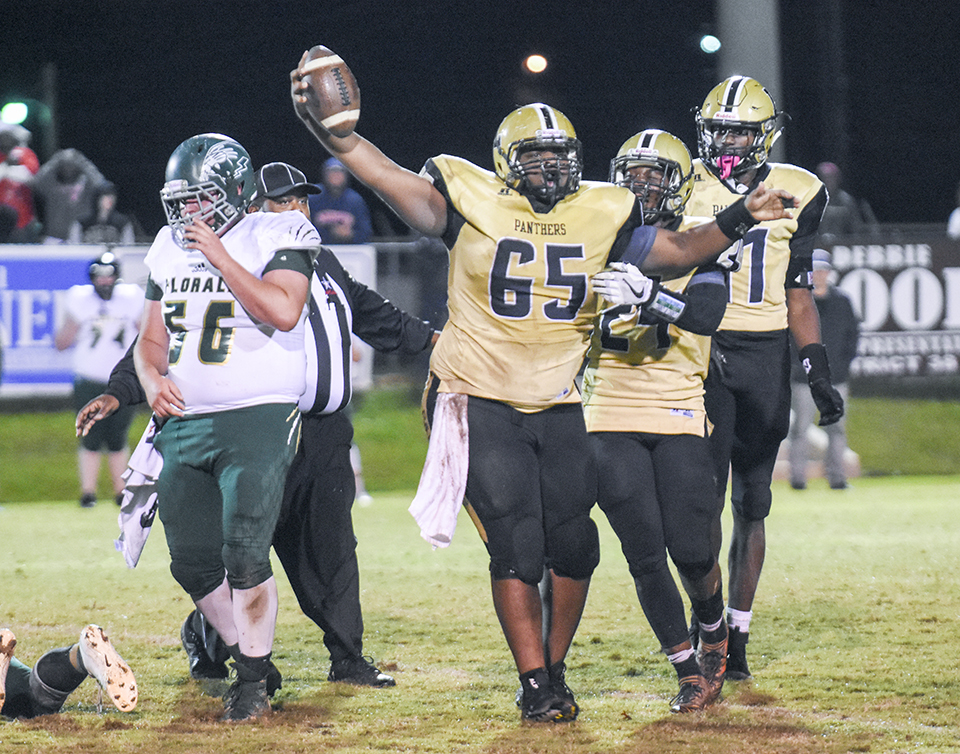 LANETT — Round one was a breeze, figuratively and literally, for the 1A No. 1-ranked Lanett Panthers on Friday night. In chilling temperatures, the team won 54-7 over Florala to survive another week in the state playoffs.

“I’m proud of them,” Lanett head football coach Clifford Story, Jr. said. “Going into the third quarter, I told them what we should be able to do, and they went out and did it. Defensively we stepped up. We started attacking the football, and we stopped being afraid to be athletes, that’s what I told them. We tied down on the coverage, gave them a few opportunities to make plays. We made a few adjustments at halftime, and it worked. We just have to keep working to get better each week. We still had a few things that we got out of character on certain plays a little bit, but we’ll get that cleaned up.”

The visitors struck first early in the game with a touchdown. Lanett returned the favor on the next possession, but missed the extra point attempt

It looked as Florala was going to cause a legitimate scare to pull off the upset when the team’s quarterback completed a deep pass near the end zone in Lanett territory.

Florala’s receiver ended up fumbling the ball, which would be recovered by senior safety Trikweze Bridges.

On the ensuing possession, junior quarterback Kristian Story saw a hole and used his speed to break away for a 98-yard touchdown scramble to give the Panthers a 13-7 lead with 8:58 to go in the first quarter.

Bridges then grabbed another interception with eight minutes remaining in the first quarter. The pick marked the 35th of his career, which is one shy of tying the all-time state record.

Senior running back Todricus Askew stepped up in the absence of B.J. Smith, and scored back-to-back touchdowns to lead the Panthers’ breakaway in the first quarter. One touchdown was a run, and the other was a reception.

“He’s earned it,” Story said. “He’s been stepping up in practice, and has been showing us that he has been able to run the ball and make plays. I’m proud of him. I told him that as we move forward, he’s going to have an opportunity to play, and he’s done it.”

Smith should be back in the Lanett lineup next week, Story said.

Lanett stood its ground as the backups came into the game near the end of the third quarter.

Next week, the team will host 10-1 Marengo, a team that defeated Isabella last night 58-20.

“We’re ranked, they’re ranked. We just look forward to the challenge,” Story said. “We appreciate the support, and Go Panthers.”