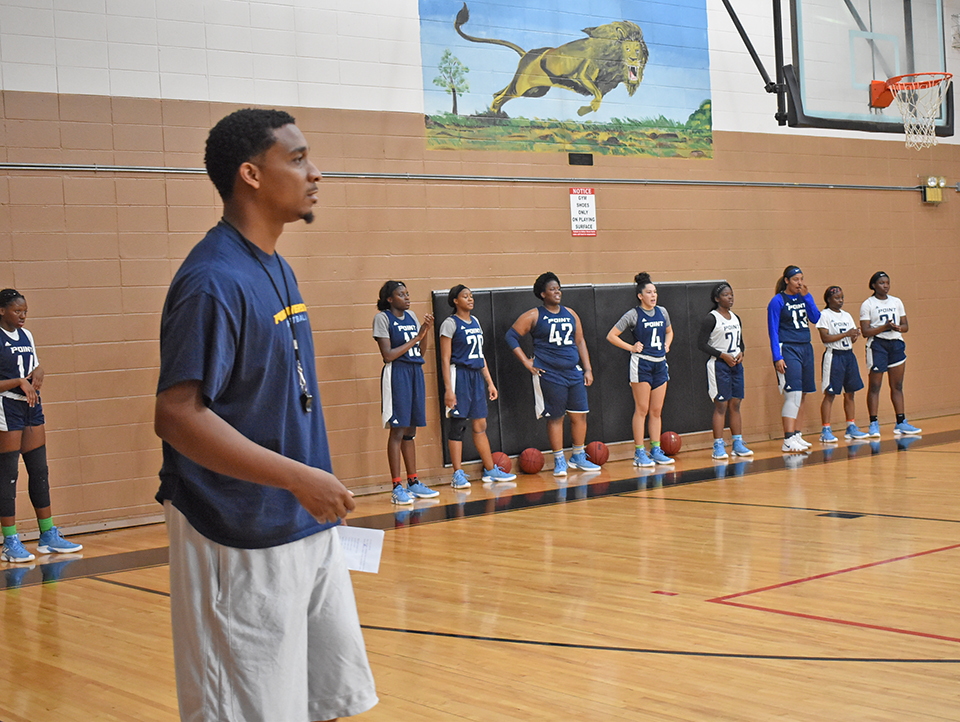 The Point University alum uses the sport that has surrounded his life to help change the lives of young adults.

“We actually love making a difference in these young people’s lives,” Wooley said. “A lot of them are growing in their faith. We have four players that are getting baptized [on Tuesday]. Anytime a kid can make that decision to follow Christ, it is amazing.”

On Nov. 2, Wooley won his 100th career game with the Skyhawks against Pensacola Christian College. The victory came in his 158th game at the helm for Point.

“It felt good. We’ve got a great group of young ladies here who have a bright future on and off the court,” Wooley said. “It’s just a testament of how good God is that blessed the work of an amazing university. I have an awesome assistant coach who’s helped this program get to where it is now. It’s not just myself. We have a great supporting cast, great family support, and we love this community. We really do.”

Wooley always wanted to be a coach like his father and mentorship has always been important to him. He currently mentors a group of local boys who were raised in single-parent homes.

“I absolutely love this community,” Wooley said. “We try to do what we can to do outreach projects as a team.”

His coaching career began while working with various skills camps, including the skill camp of his former high school teammate and NBA star Dwight Howard. He remains one of the top scorers in Point men’s basketball history, and he earned his Master’s degree in Kinesiology and Coaching from Georgia Southern University in 2014.

Coming into this season, the Skyhawks were picked No. 5 in the conference’s preseason polls. The team is off to a 1-1 start and is facing No. 23 Bryan College tonight.

“I didn’t even mention where we were ranked preseason,” Wooley said. “We have a long way to go, to be honest. We have a new group of young ladies, and our focus is just to get better every day. We have a long way to go, but we’re going to get there with hard work. This group listens, they’re extremely coachable, and they like each other. They’re great teammates. It’s always inspiring for me as a coach to see that they like each other off the court.”