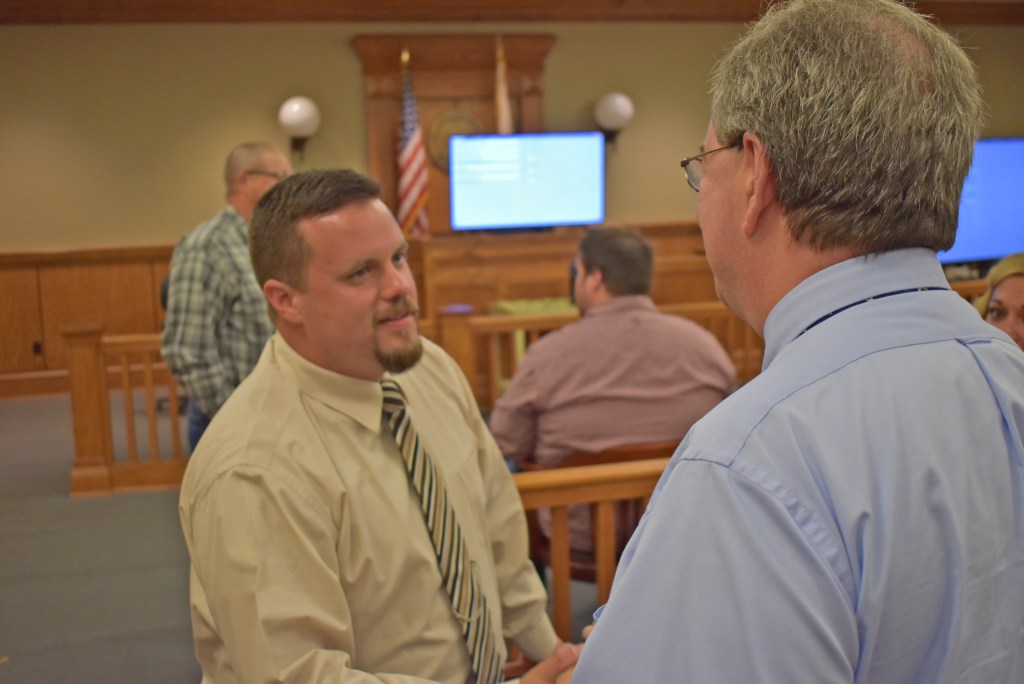 LaFAYETTE — There will soon be a new Probate Judge in town.

Paul Story, the Republican candidate for the position, pulled out the victory with a total of 6,359 votes and 56.41 percent of the vote compared to incumbent Brandy Easlick’s 4,913 votes.

The victory was a relief for Story, in one of the more anticipated races in the area.

“It feels great,” he said. “It’s been a long road, it’s been fun. I do want to take a moment right now and thank my opponent Brandy Easlick for a well-run race. I certainly thank each and every one that got out [Tuesday], it was a huge turnout. The best midterm election turnout that we’ve ever seen in the county.”

Throughout the campaign season, Story pledged to be open, honest and prompt with the public if elected. He said the probate judge’s office should be open and accessible to all citizens.

Story’s background is in the medical field, where he spent the past 15 years, but he has said his family instilled him in a strong belief in public service.

“The biggest thing that I hope to do is restore confidence in the office,” he said. “I do want to earn the trust they’ve placed in me as their incoming Probate Judge. There are some other changes that will come in the near future that we’ll talk about as time goes.”

Easlick has been in the probate office for six years, after winning the last election in 2012. Immediately following the announcement in the Chambers County Courthouse on Tuesday night, Easlick gave Story a handshake and congratulations.

“I’m pleased that we had a good voter turnout,” she said. “Of course I was disappointed, but I’m real appreciative of everyone that came out and voted. I’m very thankful for everybody in the process, from the poll workers to my employees. Everybody that came out and supported.”

This past week, a report from the Alabama Department of Examiners of Public Accounts revealed that a former bookkeeper allegedly stole approximately $300,000 from the probate office. The report came out just five days before election day.

Easlick said that she was unsure if the incident impacted the result.

Easlick has degrees in law and accounting, which she has said are huge assets for the probate judge’s office during the campaign.

Looking forward, she said she’ll have to take some time before she decides on what she’s doing next.

“I’m really not sure yet,” she said. “I’m going to have to try to figure that out now.”

Story has some experience in public office, as he has served on the Valley City Council for the past two terms. He has said in the past that he’ll be available 24 hours a day, and that the Lanett office should be open during the lunch hour. On Tuesday, he said accessibility is his biggest responsibility in office.