WEST POINT – Keep trending in the right direction – that was the message behind West Point Mayor Steve Tramell’s speech Wednesday at Johnny’s Pizza.

The speech was during the West Point State of the City address hosted by the Greater Valley Area Chamber of Commerce. This was the final stop on the tour by the chamber, which has hosted a similar event for each city it represents.

Tramell said many of the changes in the West Point area have been for the betterment of the region, pointing at the large number of people working at the KMMG plant.

“Where would we be if the Kia West Point plant was not successful?” he asked.

He also pointed to the amount of people brought in by Point University to the downtown. He said the university is responsible for about 1,000 students, faculty and staff on the streets every day, including the university housing of 400 students in Lanett.

“That has all been great for the downtown,” Tramell said.

The mayor said commerce has picked up in the downtown area with several businesses filling vacant buildings recently. Because of that reinvigoration, Tramell said the city has upgraded its infrastructure by building a new wastewater treatment plant facility, replacing its gas system and improving the electric system with new lines and better maintenance.

“The city has improved every city facility so that employees can offer better services to its citizens,” he said.

Tramell said redevelopment plans are in the works near 10th Street. In the spring, he said trees are coming down and grading will happen in the area to get ready for two new sites for development. He said he doesn’t know what will come to the area, but the city will be ready for new construction.

Additionally, there will be an upgrade at city hall, which will give residents betters access to bill pay, account information and better notification about the city news, he said.

“You will be hard-pressed to find any community in Georgia that has as much money dedicated to our public safety (our police and fire) than we do,” he said.

Another small piece of news from Wednesday’s address, Tramell said the Love’s Truck Stop is expected to break ground in the spring. 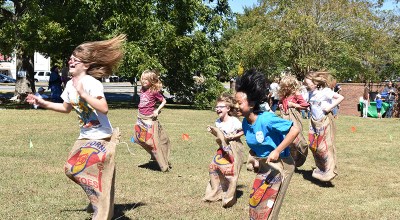 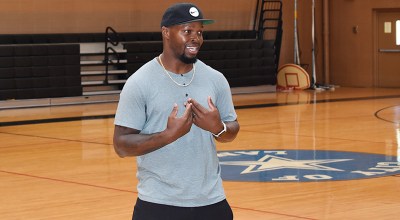