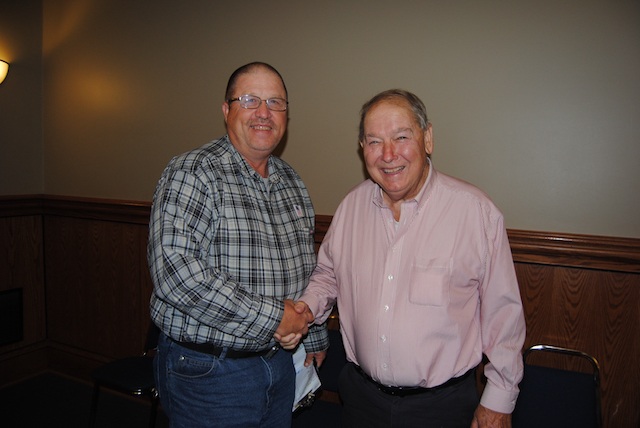 LaFAYETTE — James “Moto” Williams campaigned on a theme of being a voice for a forgotten part of Chambers County – District 3 on the county commission. A clear majority of voters agreed with that assessment, as Willams defeated two-term incumbent Joe Blanks by a final vote of 1,226 to 928 Tuesday night.

This was Williams’ first race. He’s well known throughout rural Chambers County due to his long-time involvement with volunteer fire departments and his work with the Alabama Forestry Commission, where he’s been employed for close to 30 years.

Williams said he tried to campaign all over the district. “A lot of people feel like the northern part of Chambers County has been forgotten about,” he said. “We need better roads, and we need to continue getting water throughout the district. I wanted to give a voice to the people in the northern part of the county. Many feel like they haven’t had that in a very long time.”

Williams lives in the Mount Olive community and has been involved with the local volunteer fire department since he was a youth.

Blanks thanked the voters of District 3 on having elected him to two terms. He said that he was pleased to have helped get more public water into District 3 and getting its fair share of road projects were important issues to him.

“We have gotten two really good water projects in recent years,” he said. “We have somewhere between 175 and 200 people on water that didn’t have it before. We also got some roads paved with ATRIP (Alabama Transportation Rehabilitation and Improvement Program) money.”

Blanks said the he’s worked hard to develop good relationships with the East Alabama Planning Agency in Anniston and the Chattahoochee Valley Rural Conservation & Development District on getting grant money for Commission District 3. “You have to get out and work for it,” he said. “It’s a very competitive process. Everyone is applying for it.”

Blanks said that he wanted to thank the voters of District 3 on have elected him to two terms on the Commission and thanked those who supported him in Tuesday’s race.