Wood sworn in as state representative 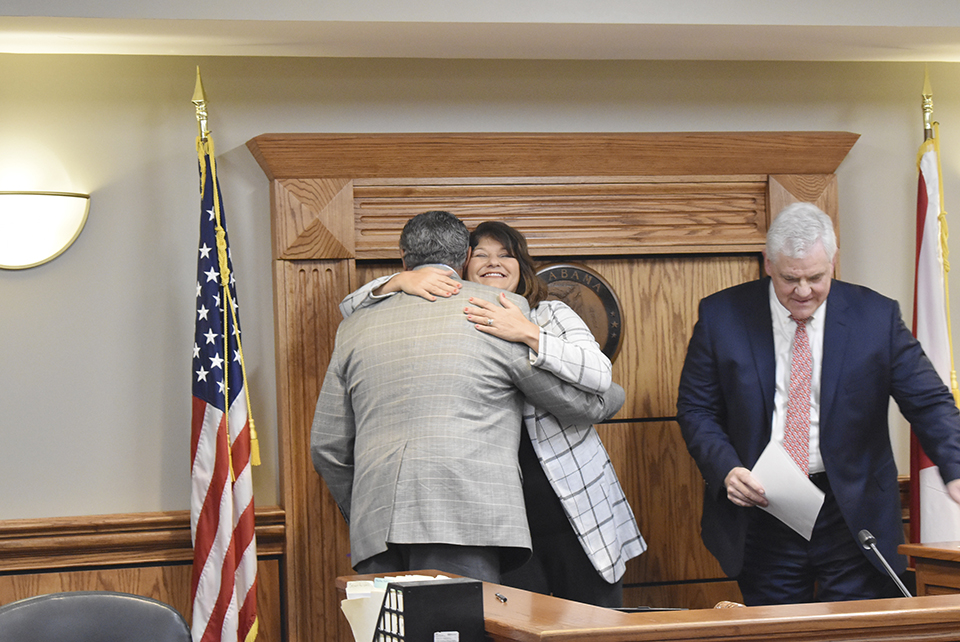 LaFAYETTE — Following her win over Brian McGee, Debbie Wood was sworn in as the next Alabama Representative for House District 38 Thursday night.

“In regards to challenges, I would challenge anyone to come against her and I would put my money on Debbie Wood,” McCoy said before the swearing in. “She’s tenacious. And it’s not because she’s all fire and brimstone. She has a heart, she has a care, and she has a passion.”

District 38 encompasses parts of Chambers and Lee Counties. A Chambers County native who has sat on the county commission since 2002, Wood continued her campaign rhetoric of wanting to use her new position to bring jobs and infrastructure improvements back to the Greater Valley area.

“I feel a sense of excitement and a sense of duty to do what’s right for our people, the people of District 38,” she said after being sworn in. “To not just be a name or a figure but to be there when they need me. I think that it’s important that, as the counties in our district grow, that we are doing the right thing. That we are doing what we need to do for our people to make life better.”

Her victory Tuesday night came after a slim win in the primaries earlier this year. Garnering the most votes in June’s primary for the Republican nomination over Todd Rauch, the two were still forced into a runoff. In July, Wood won the runoff by six votes, with 2,171 votes over Rauch’s 2,165.

“It’s been a long year,” Wood said after Tuesday night’s vote. “When you decide that you’re going to run a race, you know you’re going to run one race, possibly another one. I had a primary, a runoff and a provisional ballot count in addition to the general election. It was a lot, but I think it gave me an opportunity to get out and get to know people in Lee County who didn’t know me.”

Wood said she will be home whenever the House is not in session, working with the local community and continuing to work at her business, Century 21 Wood Real Estate.