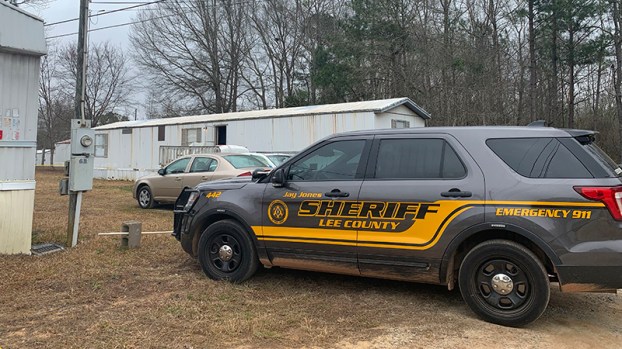 One man is dead after a shooting in a Lee County mobile home park near the Chambers and Lee County line, according to Captain Van Jackson with the Lee County Sheriff’s Office.

The deceased has been identified as Fletcher Lewayne Tolbert, 35, of Valley.

Authorities say they responded to a call Wednesday morning about a man lying on his porch, possibly suffering from multiple gunshot wounds to the torso in the County Line Mobile Park near U.S. 29. Although the mobile home was in Lee County, authorities said it has a Valley address.

Jackson said when deputies arrived, it was discovered Tolbert was shot multiple times.

“As of now, we are trying to figure who is responsible for killing him,” Jackson said.

The crime was originally labeled as a death investigation Wednesday morning by authorities, but by the afternoon Jackson said it was likely the case will be upgraded, as the wounds are not believed to be self-inflicted.

“We believe that it is going to be a homicide,” Jackson said.

Tolbert lived at home with his girlfriend and son in a white mobile home on Lot 67. It was the last home at the end of a gravel road and had woods behind it.

Stephanie Tyson, the mother of the deceased’s girlfriend, told The Valley Times-News Wednesday that Tolbert got off work at about 11 p.m. She said he usually calls his girlfriend, who was already at work.

When his girlfriend didn’t hear from him, she began to text him, but she never heard back, Tyson said.

Tyson said her daughter told her that she just assumed he went to sleep or didn’t hear his phone. When Tolbert‘s girlfriend got home from work the next morning about at 7:30 a.m., she found him lying on the porch and called police.

Tolbert was employed at Mando American Corporation in Opelika, according to a news release from the sheriff’s office.

Tyson said her daughter and Tolbert have been in a relationship for more than two years.

“I knew him well,” she said. “He was a very sweet person. He was never in trouble or would bother anybody. He would help anybody.”

Tyson said she doesn’t live in the area, but her two daughters do — one of them for four years — and this was the first instance of crime in the area she has heard about.

“I can’t understand why they would do it,” she said. “It is sad that anybody would do anything like this to anyone. Then just leave them there like that all night long. That is a cold-hearted person.”

She said neighbors heard the gunshots, but nobody said anything or called the police.

Neighbors who wished not to be identified said they heard shots between midnight and 1 a.m., but never came out of their home.

Jackson said the sheriff’s office doesn’t know of anyone who had problems with the victim, nor does his office have any eyewitnesses in the immediate area. He said there also isn’t an area the police can immediately look to as to why this happened.

“Right now, it is truly a ‘who done it?’” Jackson said. “We don’t have any information as to why at this point.”

LaFayette — The LaFayette girls secured a spot in the state tournament after a 61-47 win against Woodland in the... read more