WEST POINT — There was a busy work site on Avenue K Saturday morning. Just across the street from Keeney United Methodist Church, a group of approximately 40 people, including Mayor Steve Tramell, Kim Roberts and Robin Pierre of the Chattahoochee Fuller Center Project, Pastor Matthew Thrower and a good many members of Refuge Point Church were busy flipping a house for Willie McQueen.

McQueen has been a member of Refuge Point Church for the past five years and is a former drug addict.

“Drug use took a lot out of me,” he said. “But I’ve been clean from them for ten years now. It is so much better to be drug free. I am very grateful for what all these people are doing for me today. I am so very, very happy for what they’re doing. Those years when I was on drugs I didn’t think there were people in this world who would help you. I thought everybody was there to take advantage of you and put you down.”

McQueen will celebrate a tenth anniversary of being drug and alcohol-free on May 5.

Volunteers flipping the house got lots of work done Saturday.

“Mayor Steve has been out here helping us,” Roberts said.

“The house will be needing a new roof. We have taken out the walls and new ones will be going back in along with new windows and doors. We are hoping to have it finished in a month.”

“This is our first such project as a church,” said Pastor Thrower. “We’ve had 40 people here, and everyone helped out in some way. The mayor had his tractor here cleaning up the yards. We got a lot done today, and we are pleased with that.”

McQueen will have his 61st birthday on Monday, March 4.

His mother, Frances McQueen, lives in West Point along with some of his brothers and sisters. He has a daughter and grandchildren living in LaGrange.

McQueen said that he paid a steep price for his drug addiction and doesn’t want to revert back to those days like that.

“I will be celebrating my birthday and again on May 5, but I will be doing it without drugs and alcohol,” he said.

“There are a lot of houses in our community that can be flipped,” Roberts said. “Doing this can help meet a housing need we have. It’s not good for houses to sit there unoccupied. The longer it is no one is living there, the less likely it is it can be flipped.”

The CFCP will be very busy in March.

“We will have some college students down from Ohio in the first week of the month,” Roberts said. “We’ll also be helped by students from Springwood. They will be helping us at the ReUse Store.” 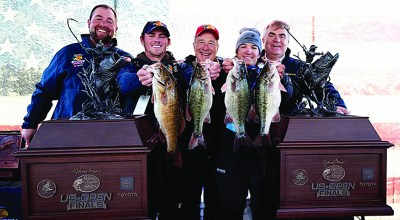 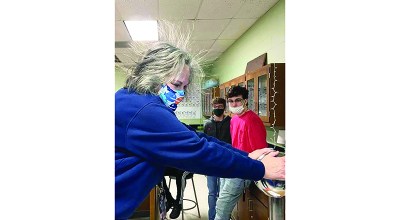