State of the County addresses litter, other concerns 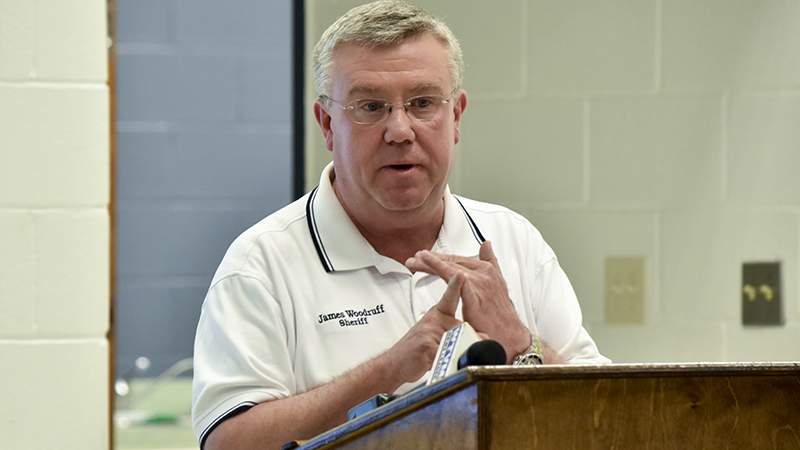 By Alicia B. Hill
The Valley Times-News

WEST POINT — On Thursday night, Troup County hosted a State of the County address at the Gray Hill Community Center in West Point. Many topics were covered during the meeting, but the issue of litter in the community was brought up by several county speakers and citizen questions.

Commissioner Lewis Davis began the meeting by thanking citizens for coming out to learn about the county and share their concerns, and the heads of county departments and County Commission Chairman Patrick Crews updated the audience on different aspects of the county. Several speakers mentioned litter, the visibility of which is often tied to the closure of the Troup County Correctional Institute, which formerly supplied the majority of the cleanup for roadside litter. However, county officials said that a litter-free community will require people taking pride in their community, more so than another cleanup crew.

“A couple of years ago, we had to take some very bold steps in the community, and I am speaking of when we debated the decision to close the [Correctional Institute],” Crews said. “That is the correction institute, not the jail. We did the financial calculations, and it was in the best interest of the county.”

The closure of the correctional institute allowed Troup County to provide raises for county employees, including first responders, and according to county representatives, all the employees who worked in the correctional institute who wanted other jobs were able to find a new job prior to the closure, thanks in part to assistance from county administration. Crews said that the only other option for funding the increase would have been to raise taxes, which he said he never thought was a real option.

The closure of the correctional institute meant significantly fewer inmates are now available to perform jobs like picking up trash and cleaning facilities in the county, but under Sheriff James Woodruff’s leadership, inmates in the jail annex have continued to pick up the never-ending flow of trash from roadsides in Troup County. Only inmates that have been sentenced and are not in the work release program can be used for that purpose.

“Last year, these inmates picked up 8,223 bags of trash on our county roads,” Woodruff said. “That is a lot of trash, and you ask yourself why is there so much trash. We have to look at ourselves and say, it’s us. We’ve got to educate our community on not littering our roads. Take it to the landfill or take it home.”

Inmates in the program also picked up 361 tires and 77 appliances off the sides of county roads in 2018. However, some citizens at the meeting said that they want to see more enforcement and more clean-up efforts.

“If you go to the Piggly Wiggly parking lot and watch the boaters come in and take their 12-packs and their 24-packs and load their coolers, they take off down Roanoke Road, and the cartons are left on the side of the road,” said Mary Reese, a citizen at the meeting.

Crews said that the county is trying to encourage a sense of pride in the community to discourage littering, but he said it is difficult to catch litterers in the act.

“It is a nightmare for anglers,” said Frank Reese, a citizen who recently moved to Troup County. “It probably is an eyesore in the summer months for campers and recreation.”

Crews and LaGrange Mayor Jim Thornton have been part of several discussions on various issues impacting West Point Lake, and while Crews did not have an immediate answer on how to prevent and clean up trash in the lake, he said that some partial solutions are currently under consideration.

Roadside litter and trash in the lake weren’t the only code enforcement concerns discussed, though.

A citizen at the meeting asked what the county is doing in terms of code enforcement at homes that have obvious trash that the property owner is not cleaning up. Crews explained that the county has to go through a legal process to make someone clear items like old engine blocks and old appliances from their yard, and the areas that receive focus are often complaint-based, although the county has recently made efforts to be more proactive in recent months.

Additionally, Crews spoke on the convenience centers, where many county residents drop off their trash.

“I know many of y’all — and I go to convenience centers myself — saw a period of time with trash piling up on the side of the dumpsters, running over,” Crews said. “What most folks don’t know is behind the scenes we were dealing with a different problem that we couldn’t address right at that moment.”

The City of LaGrange raised its rates for hauling trash in 2018. LaGrange council members hoped the higher rate could be used to save funds for a new landfill and buy time on the existing landfill by encouraging businesses to use private haulers traveling to other locations. Unfortunately, the move had the unintended consequence of leaving Troup County scrambling for a less expensive way to dispose of trash that citizens dropped off at convenience centers.

“It got up to around a million dollars,” Crews said.

“That was what we were going to have to increase in cost to get rid of our trash. I’ve learned in government that trash is a very expensive proposition, so we had to take some steps to try to figure out how we were going to decrease that cost, how to have less impact on citizens.”

The county purchased several sanitation trucks to haul its own trash. Troup County also made improvements to convenience centers that allowed them to remain open longer around that time.

Some of the other topics covered during the State of the County address included road paving and improvements, county purchases of emergency vehicles, the volume of 911 calls, the number of incidents that TCSO responds to, the number of incidents that the Troup County Fire Department responds to, use of SPLOST funds within the county, tax collection, county website improvements, the new scoreboard at Callaway Stadium, the new county logo and tagline, county participation in the Georgia Initiative for Community Housing, code enforcement and the county’s update of the Unified Development Ordinance.