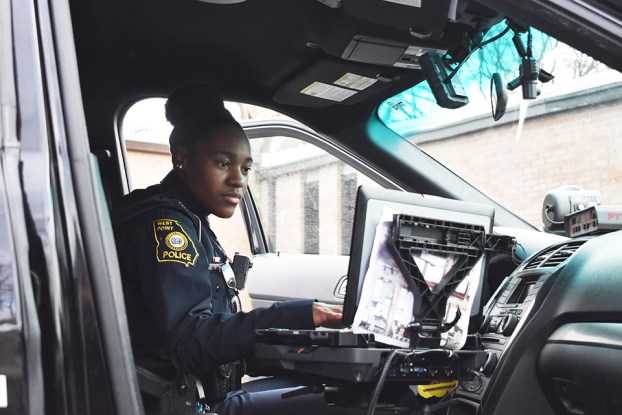 WEST POINT — The West Point Police Department will soon have a couple of upgrades inside its police vehicles after a grant was acquired from the Georgia Governor’s Office of Highway Safety.

West Point Police Chief Donald Britt said the police department has received $15,000 from the safety division that will help finance computers, mounting hardware and printers. He said West Point Police was nominated by the International Association of Chiefs of Police for the grant.

Britt said Monday the funds will go toward new computers for as many of the police vehicles as it can. He said he would like to do the whole fleet, if possible.

“We are glad to see it,” Britt said. “We need the resources and I was definitely excited to get it.”

Britt said he knew the department was getting the grant at the end of December, but due to the federal government being shut down, he was informed everything came to a halt. However, he got the call recently that the grant is back in order and all that’s left is filling out paperwork and turning it back in.

“Our agency would like to thank the Governor’s Office of Highway Safety for this grant,” Britt said. “This will allow us to further serve the citizens of West Point.”

and highways, from the smallest precious cargo to the most seasoned drivers,” he said in a news release.

Britt said his office hasn’t purchased anything yet, but the new computers will be ordered and installed in all police vehicles soon.

Local students to be featured in Super Bowl commercial