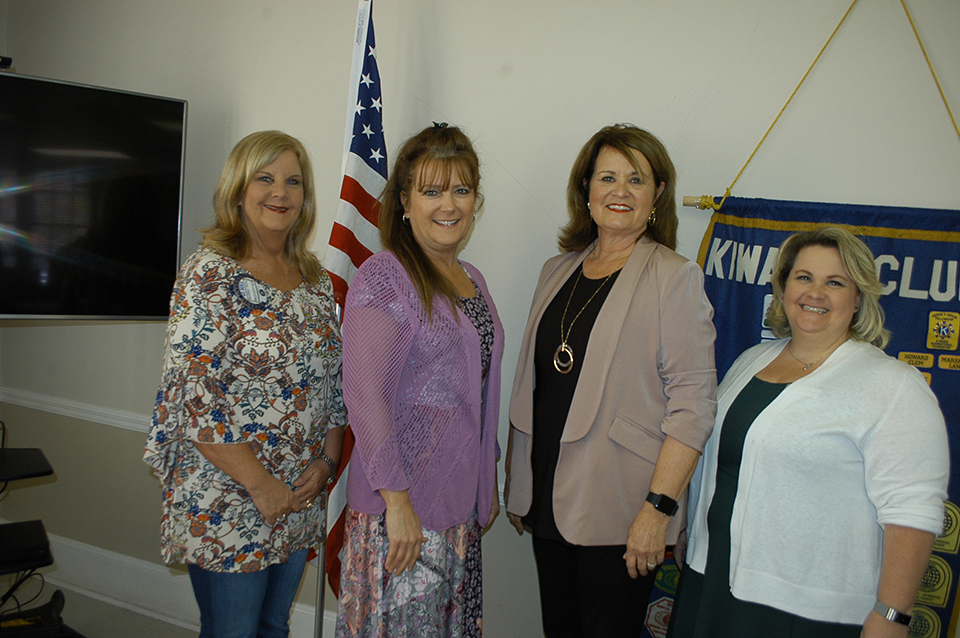 VALLEY — It’s no secret Alabama Power plays an important providing electricity to about 1.4 customers in the southern two-thirds of teh state.

An investor-owned, taxpaying utility, Alabama Power is the second largest subsidiary of the Southern Company, one of the nation’s largest generators of electricity. Alabama Power has more than 78,000 miles of power lines carrying electricity to customers in its 44,500-square-mile service area.

During the noon-hour Wednesday, members of the Kiwanis Club of Valley heard a presentation from Janet Money of Headland about the appliance store portion of the business. Money is the Southeast and Southern Divisions sales manager for Alabama Power and has close to 30 years experience with the company. She was accompanied to the meeting by Sherri Gaddy, business manager of the Valley office.

Headquartered in Birmingham, Alabama Power was founded in 1906, two years before Shawmut Mill became the first West Point Manufacturing Company plant to operate entirely off of power-line delivered electricity. Previous mills in Langdale, River View and Lanett operated off of water power. The power substation located next to the Knight’s Inn in Lanett has been in service since 1913. The two-story red brick building on the lot has been there since then.

According to Money, Alabama Power’s merchandising division began in 1922.

“It started out to determine if electric ranges could be used in rural homes,” she said. “The could.”

When Alabama Power started selling electrical appliances in its stores in the 1920s, the only other place rural residents could get such items was from a Sears-Roebuck catalog.

In the Columbiana sales office during this period, a local farmer asked if a new product known as the refrigerator could keep milk cold for days at a time.

A cartoon character named Reddy Kilowatt became widely identified with Alabama Power and helped spread the word that electricity was a good thing Assisting this were home economists, most of whom were educated at the Alabama Polytechnic Institute, better known as Auburn University.

“They taught rural housewives to cook scientifically,” Money said. “Today we are selling energy efficient electronic merchandise. One of our largest sellers is Ashley Furniture.”

Joni Hubbard of the Valley office of Alabama Power is one of the company’s best salespeople.

“She’s very customer service oriented and a dynamic sales person,” Money said. “We have a beautiful team in our Valley office. Sherri Gaddy does a great job in managing the office.”

“It’s a one-stop shop for merchandise, appliances and furniture,” she said. “We go to bat for our customers. We take care of them and offer them extended service agreements. We try to help you on your energy bill.”