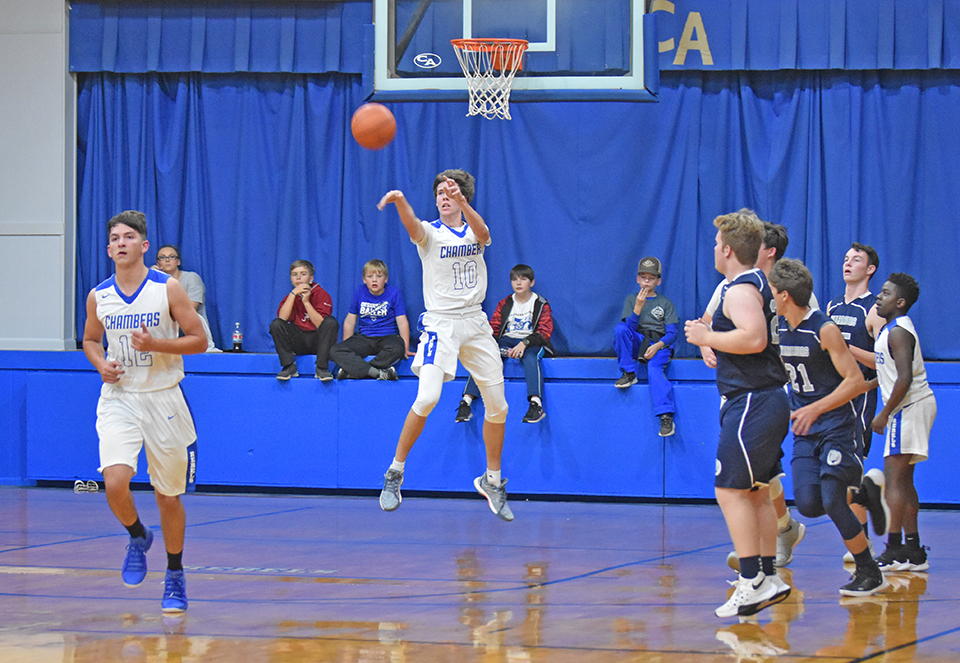 FIILE PHOTO | Times-News NOMINATED Chambers Academy sophomore Payton Allen has been nominated by the Alabama Sports Writers Association to be this year’s AISA Player of the Year.

LaFAYETTE — The Alabama Sports Writers Association (ASWA) announced its finalist for the 2018-19 Basketball Player of the Year on Wednesday. Among the players was Chambers Academy sophomore Payton Allen.

This past season, the 6-foot-3 guard averaged 23.9 points, 9.04 rebounds and 4.3 assists for the Rebels, who finished the season as the state championship runner-ups. Allen set a single-game school record by scoring 46 points against Eastwood on Dec. 6. Against Springwood School on Jan. 31, Allen was congratulated for becoming the fastest player in program history to reach the 1,000-point milestone.

Allen is one of two sophomores in any classifications to be named a finalist this season. Already a member of two all-state teams, the most of any basketball player in school history, he also has a chance to become the first state player of the year in Rebels’ history.

With a win, Allen would keep the streak of state basketball players of the year from the Greater Valley Area alive after Lanett alum and Independence Community College freshman Anquavious Pollard took home the honor last season.

The awards banquet will be held on March 26 at the Montgomery Renaissance.