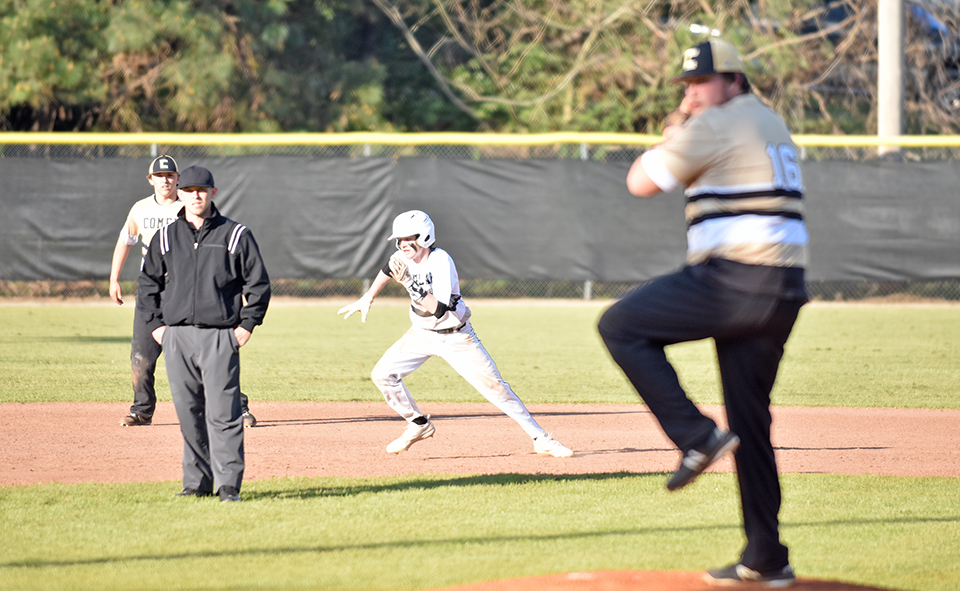 “Especially in an area series, [the wins] feel great,” Beulah head baseball coach David Russell said. “We were 0-6 in the last two years against these guys. To come out here without our ace, dealing with a couple of players off the field with injuries, and to [still] beat up on them like this, it feels really good to get these wins.”

In Game One, the Bobcats pulled away with a big fourth inning by scoring six runs.

While the bats continued to produce in Game Two, the defense shined even brighter. Junior center fielder Andruw Coxwell was moved to third base, where he made an outstanding diving catch near the mound at the top of the fourth inning to give the Bobcats’ defense the second out of the frame.

“He’s a utility guy,” Russell said of Coxwell. “He’s a ‘yes, sir, no, sir’ player who wants to do whatever it takes to help you win ballgames. He struggled with the bat earlier this season, but he does everything for us defensively.”

Senior catcher Grant Webb made the game-ending slide into home plate to tag out B.B. Comer’s runner in a split second decision.

“He’s our leader,” Russell said of Webb. “He. Is a guy who has waited his turn and has always been positive. He’s our captain. We go through him, and those are the type of plays that he makes.”

Russell said that he was also impressed by the outfield’s play on Thursday.

Beulah is the only baseball team in the. Greater Valley Area to receive nominations in the first two weeks of the Alabama Sports Writers Association (ASWA) prep polls. While Russell said that he doesn’t focus too much on outside opinion, he said that he can’t take all of the credit for the Bobcats’ turnaround in the program since he came to Beulah three years ago.

“I have to thank Coach Michael Courson and Coach Kevin Capps,” Russell said. “They are great, and have really helped us take the next step. They’ve built on what I wanted to teach the kids. I couldn’t be happier than I am now.”

Beulah is now going on spring break, and will return to action on April 1 at Wadley.