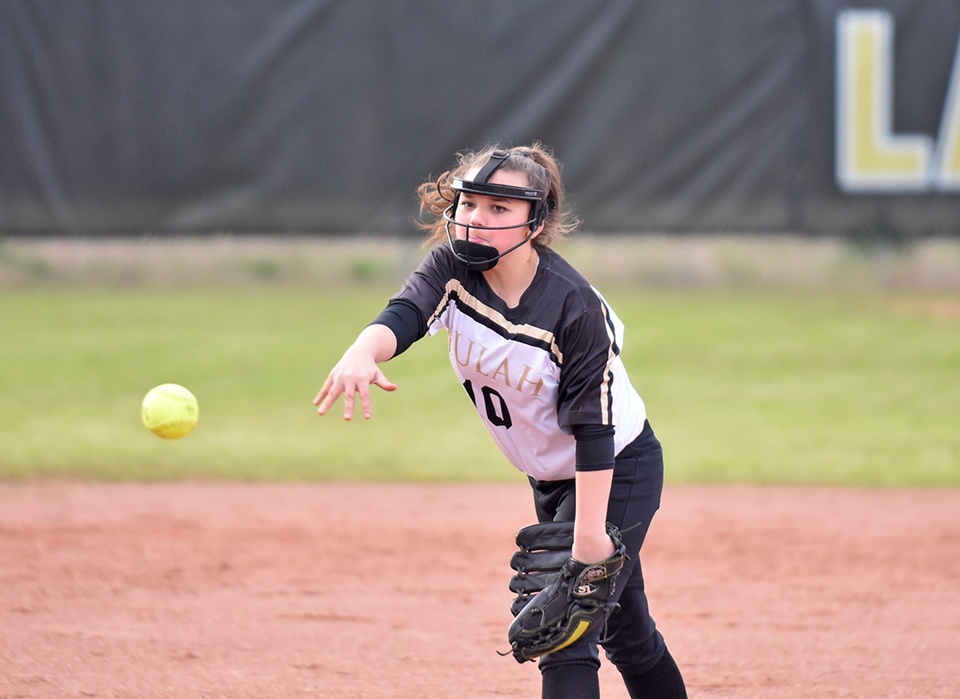 “We took care of business like we should have,” Beulah head softball coach Stan Pepper said. “First home game, the girls were excited to be at home finally, and everything went well for us today. Nobody got hurt. Everybody got a lot of playing time and we have a big area game [at home against Randolph County] tomorrow.”

The Bobcats opened up the game with a 10-run first inning. MaKayla Chambers led Beulah with three hits and four RBIs in the contest. Kassidy Kirby and Abrianna Green also collected three hits at the plate. Janie Reeves and Sydney Knight were two players who finished with multiple RBIs in the victory as well.

The game was stopped after the top of the third inning. Monday’s loss marks the third-consecutive varsity shutout that LaFayette has suffered this season. Bulldogs head coach Mary Daves had a simple message for her team after getting off to the slow start.

“You know what? It’s over now, and we just move on to the next game,” Daves said. “Improvement is what we’re looking for, [Beulah] is a killer team.”

Pitching, fielding and the ability to hit faster pitches have all improved so far for LaFayette, Daves said.

The Beulah Junior High softball team (5-2) also defeated the LaFayette JV softball team (0-1) in a 16-0 victory on Monday. The Bobcats capitalized on the Bulldogs’ fielding errors and scored the runs before the game was stopped in the second inning. A LaFayette player did reach base for the Bulldogs in the junior varsity match up.

“Our girls have played a lot,” Beulah Junior High head softball coach Cody Flournoy said. “They’ve played a lot of ball together on a local travel ball team. We’ve got a good rec program. It’s just a credit to all of the people in the community that they bought into this. They know we can have a good program, and it shows. It starts at an early age.”

Beulah returns home on Tuesday to face Randolph County (3-5, 1-0) in an area match. The Bobcats have played cohesively in most departments so far this season, according to Pepper, and believes cutting down in the errors department is the next step for this season’s team. Beulah has given up a total of seven runs this season, and the lone loss of the year came at 6A Opelika when the Bulldogs scored the lone run of the game courtesy of Beulah’s multiple errors in one play.

LaFayette remains on the road with a matchup against Booker T. Washington (2-0) on Tuesday afternoon.