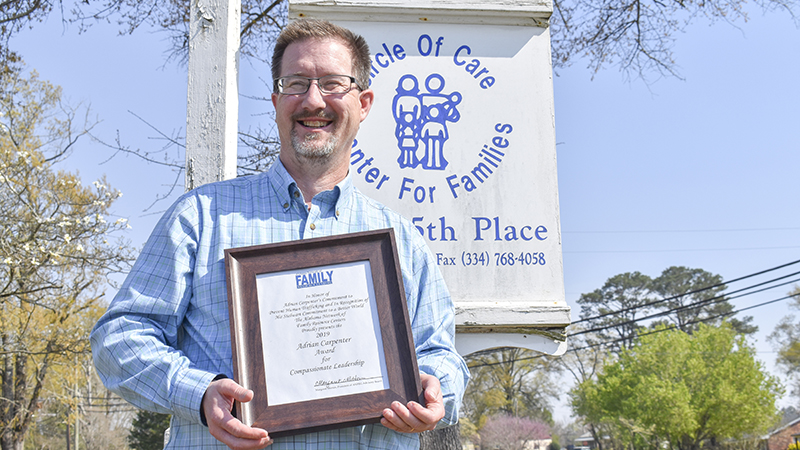 VALLEY — The Renew Hope 85 Initiative is hosting a Hope Walk next weekend to help raise awareness for human trafficking throughout the United States.

“We are doing this to bring awareness to the community that human trafficking exists,” he said.

Carpenter said there are an estimated 25 million victims trapped in human trafficking situations. The National Human Trafficking Hotline has also identified calls made to the hotline about activity happening along the I-85 corridor near Chambers County.

The Hope Walk isn’t just about human trafficking either. Carpenter said April is also child abuse prevention month and the average age of a victim being exploited in human trafficking situations is 12 to 14 years old.

“For us, this is as much a child abuse issue as it is a human trafficking awareness walk,” he said.

The walk starts at 10 a.m. is expected to wrap up about noon. Carpenter said the organization will begin with a 15-minute presentation about what human trafficking is and signs to look for.

After the walk is over, Circle of Care for Families Executive Director Jonathan Herston will talk about his organization’s plans for the future — not just about human trafficking, but its goals overall.

Renew Hope is under the Circle of Care umbrella.

Anybody is welcome the day of the event, but Carpenter is asking individuals to pre-register at renewhopeinitiative.com. He said it will help the organization know how many people to expect.

Carpenter said Renew Hope talks to local police agencies and provides training. He said they’ve talked to police about looking for signs if making a traffic stop — such as one man with three children in the back who don’t look like they are on a family trip.

Help can also be found with the hotline that is available 24 hours a day, seven days a week with a live person on the phone, Diemar said. The hotline is also available in more than 200 languages.