Springwood gets first region win of season against Lee-Scott 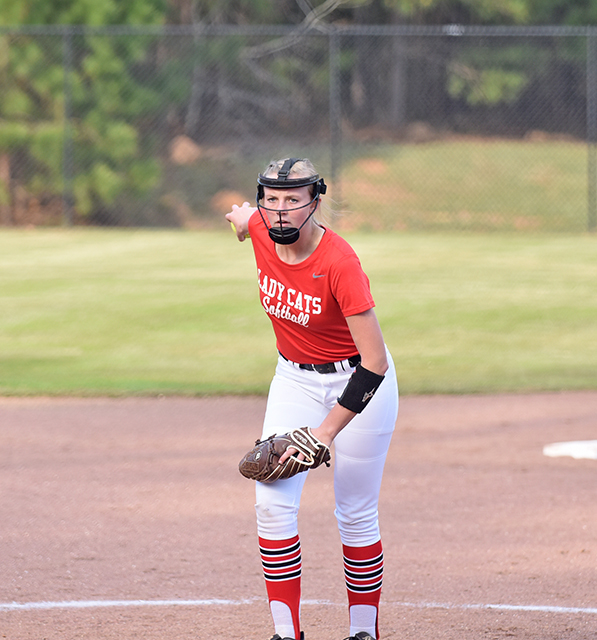 Jennings, a Southern Union commit, threw a complete game shutout highlighted by 13 strikeouts on the hill for Springwood.

“She’s our No. 1 pitcher,” Springwood head softball coach Galen Smith said. “She had a really good day today. I’m very proud of the effort that she gave today, and it was an overall team effort when we struggling at the plate, not hitting the ball like we should or were capable of doing, we had good pitching and we played good defense behind it.”

Junior McKayla Barber and freshman Bailey Morrison were two defensive standouts for the Wildcats in the infield.

Springwood’s lone run of the day came courtesy of an RBI single into right field from senior Maddie Johnson. The Wildcats’ runner was placed into scoring position after a walk and a sacrifice bunt.

“We kind of manufactured that run, which is something that we need to do more of,” Smith said. “Play ‘small ball’ because we’re struggling right now with some of our big hitters. We’re going to keep working and try to get better.”

The win marked the first region victory of the seasons, which keeps Springwood in the hunt to host a playoff game. The Wildcats return at home on Thursday for a matchup against Lakeside.

“We should hopefully play a better game this Thursday,” Smith said. “I’m pleased with our players and coaches. A win’s a win, and we’ll take it any way that we can get it.”

Springwood closes the week on the road Friday at Edgewood before going on Spring Break. After the time off, the Wildcats have eight more games before the first round of the state playoffs, which begin on April 22.