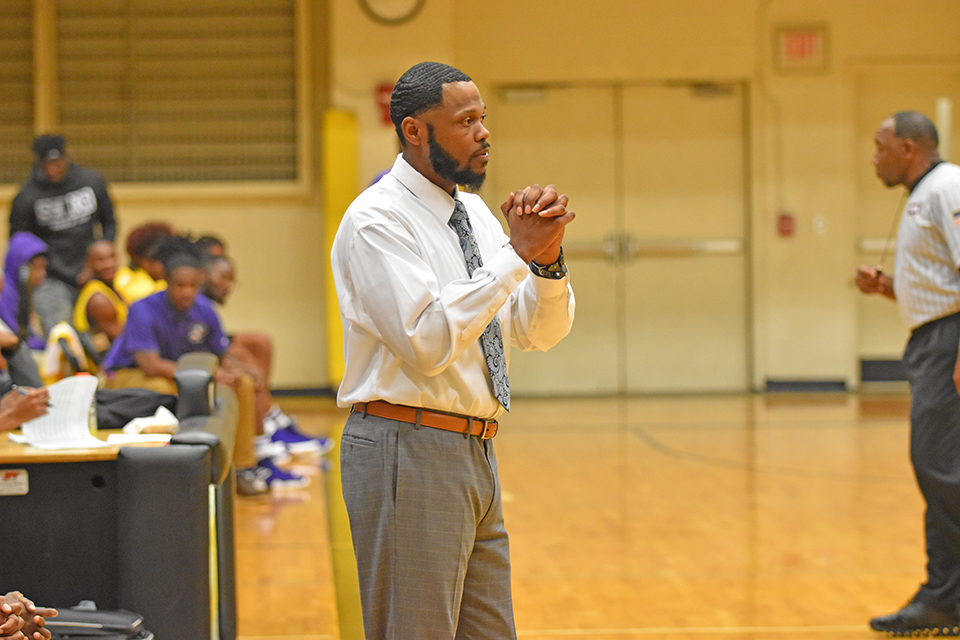 File photo | Times-News coach of the year: LaFayette boys head basketball coach Obadiah Threadgill led the Bulldogs to a 28-5 record and an elite eight appearance in the 2018-19 season.

LaFAYETTE — The name Obadiah Threadgill in conjunction with high school basketball in the state of Alabama carries a lot of weight.

This year, after leading the LaFayette boys basketball team to the best record in the Greater  Valley Area, Obadiah Threadgill IV has been named the 2018-19 All-Valley Boys Basketball Coach of the Year.

“It’s awesome to be recognized for our efforts,” Threadgill IV said. “It’s not a secret that we put in a lot of work, my staff and I, with our young men. To have it recognized on something of this caliber is quite impressive, and it’s heartwarming. My staff and I are really appreciative of this award and all of the kudos goes out to our team.”

LaFayette assistants Devin Mackey, Anthony Kyles, Douglas Jones and Tyson Adamson deserve a lot of credit for helping develop the players get to the point where they’re at today, Threadgill said. Some of the staff even work with completely separate full-time jobs during the day and dedicate their evenings and weekends to work with the team.

The Bulldogs finished the year 28-5 before losing to eventual 2A state runner-up Sacred Heart High School in the elite eight. LaFayette’s ability to win so many games came as a byproduct of the players buying into Threadgill and his staff’s philosophies.

“Our young men really did a tremendous job of doing what they were coached to do to the best of their ability,” Threadgill said. “They gave us something really amazing to try to build upon next year.”

With the Bulldogs returning nine juniors and starting freshman center Antavious Woody next season, the expectations for LaFayette are even bigger.

When watching hours of film a week, Threadgill said that he looks for opposing team’s tendencies and what the Bulldogs can do to disrupt the opposing team’s game plan the most every night.

Watching LaFayette, especially toward the end of the season, play was watching a cohesive offensive unit in harmony. In the sweet 16 matchup against North Sand, the Bulldogs tallied up a team total of 22 assists, nearly doubling their opponents’ total of 13. LaFayette’s offense consists of off-ball screens and fluid ball movement. Threadgill once compared basketball to a game of chess.

“Every little thing matters,” Threadgill said. “We’re trying to empower our young men, and we want to teach them to be the best basketball players they can be, that they can make proper decisions on and off the floor,  as well as trying to limit what other teams can do.”

Threadgill said that his father inspired him to coach and that he still gives him advice on how to lead his current groups better. While the legacy for the Hall of Fame coach who Notasulga named its court after is cemented, his son’s is being built just a few miles north in LaFayette.