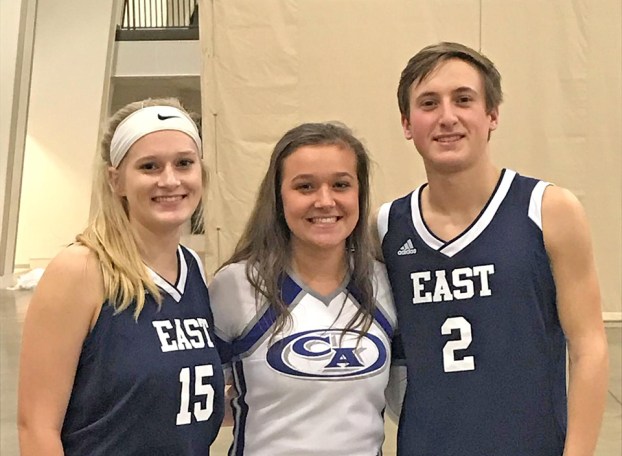 Henderson was captain of the Chambers Academy cheer squad this season and has attended Chambers Academy since the ninth grade.  In addition to being selected as an AISA All-Star Cheerleader, she was also chosen as a UCA All American. Henderson is also a standout student with a 4.0 GPA and a 97.15 numeric average taking Chambers Academy’s advanced diploma curriculum.

Reese just completed her fifth season as a member of the Chambers Academy varsity girls basketball team.  She helped lead the Rebels to the AISA’s Class 1A Elite Eight round at Montgomery’s Cramton Bowl Multiplex arena on Feb. 11.  The 5-foot-8 forward nearly averaged a double/double on the season with 8.8 points per game to go along with 10.5 rebounds per game.  Like Henderson, Reese is also an outstanding student-athlete with a 4.0 GPA and a 99.23 numeric average to date while enrolled in CA’s advanced diploma curriculum.

Hand just completed his senior season as a starting guard on Chamber Academy’s state runner-up team that fell in the 1A Championship game by three points.  Hand helped lead the Rebels to an 18-6 overall record and was featured by WLTZ-TV 38 in early February as one of the area’s outstanding scholar-athletes.  Colton is a three-sport starter for the Rebels while maintaining a 3.71 GPA and a 93.25 numeric average to date.

On Feb. 22, Henderson, Reese and Hand attended the AISA’s All-Star Banquet at the Cramton Bowl’s Multiplex for the all-star games.

Chambers Academy representatives said that they are thankful for all of the hard work the three student-athletes put forward this year and over the course of their careers.