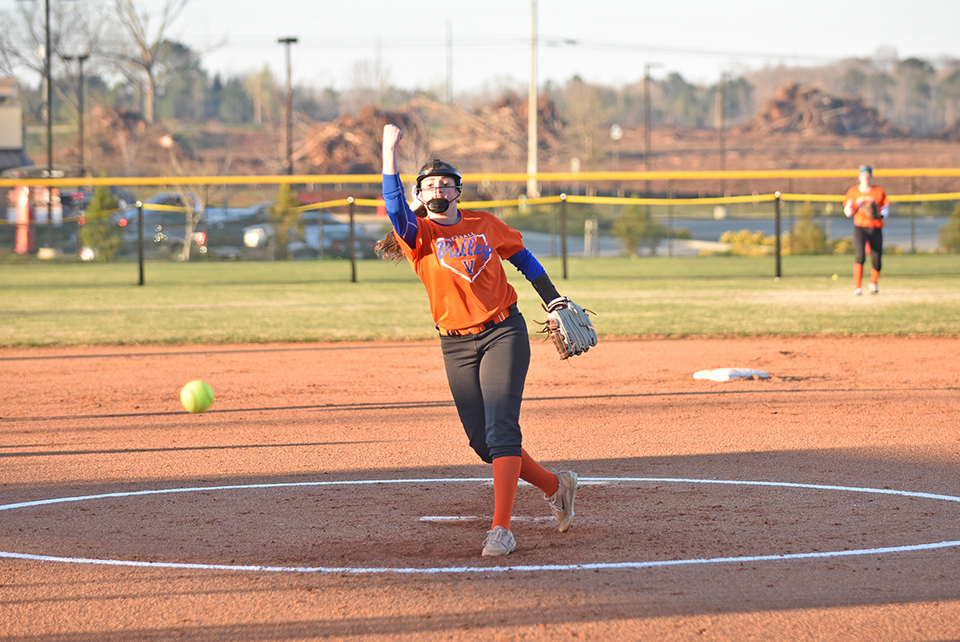 “The girls have really worked hard in practice, and they know that it’s important to apply what we do there to the game,” Valley head softball coach Torie Hopkins said. “Making sure that we come together as a team and work hard altogether.

“Coming back from errors, we had no errors this game, our pitcher [sophomore K.K. Green] came out, she took control of the game and did great. We had lots of hits, they just played well together today.”

Green threw 10 first-pitch strikes in three innings on the hill before the game was called in the bottom of the third inning. Valley junior Faith Graben and eighth-grader Alyssa Burrows had two hits for the Rams in the victory, and Graben led the team with three RBIs.

Tuesday’s early conclusion could prove to be crucial for the Rams at the tail end of back-to-back-to-back games this week. Valley finishes the week on Thursday at Beulah before taking a week off for Spring Break.

“I feel like wins like these help them get on top of building confidence at the plate and in the field to be able to come out and just take care of business,” Hopkins said.

“It was really good for the girls to get an area win against Beauregard,” Hopkins said. “It lit a spark under them, now they’re playing together, they’re excited about the game they truly love and they’re able to have fun doing it.”