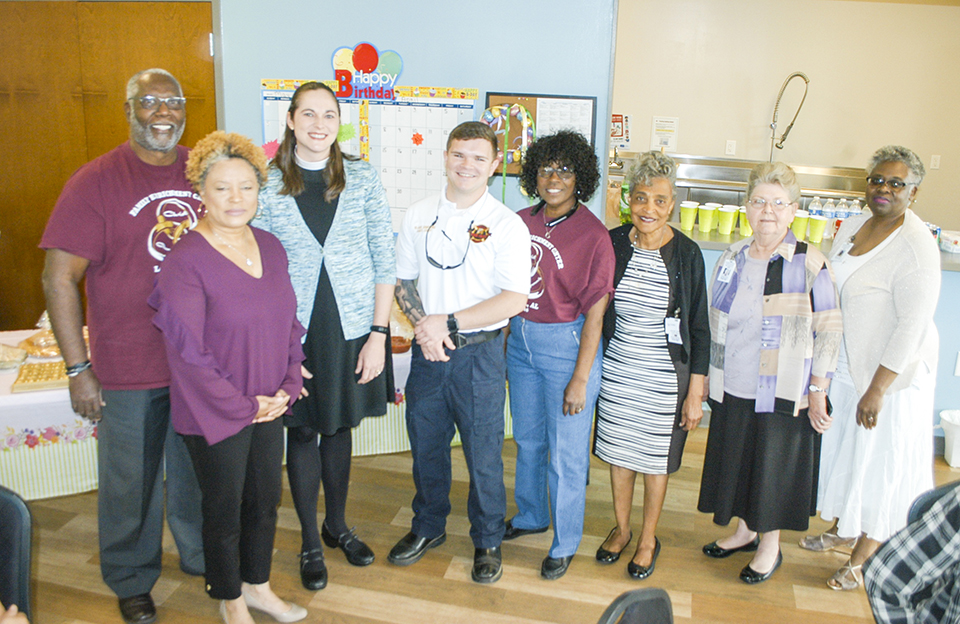 BEULAH — A large gathering was on hand at the Beulah Senior Center Wednesday morning for the new building’s first-ever open house.

Carolyn Davis, manager of the Beulah Senior Center, said that participation is up since the new center opened on May 29 of last year.

“We have 23 active members and are growing,” she said. “We had 18 active members this time last year. This new center is so much better than what we had, and we’re grateful for that, especially to The Bridge Church, who donated the land, and two former state legislators, Sen. Gerald Dial and Rep. DuWayne Bridges, who fought hard to get the grants we needed to get it built.”

“I am so glad we were able to built a free-standing building like this,” said Lou Ella Foxx. “It’s such a contrast from what we were in before. I want to thank all of you participants for being patient and staying with the program. You are good ambassadors to the community for what we are doing here.”

“It is so good to be in this beautiful building,” Pinkard said. “It’s a safer place that the old building. We don’t have to walk down a slope to get here. It sometimes takes being a squeaking wheel to get nice things, and we want to thank Sen. Dial and Rep. Bridges for doing that for us. This is a million times better than what we had before.”

There was some loud applause and several amens in response to that comment.

“Please energize others and get them to come and participate in what we are doing here,” she continued. “Let’s thank Carolyn Davis for her untiring efforts on behalf of the center, and we thank Pastor Bill [Bryan] and the members of The Bridge Church for donating the land.

“It was an honor to do it,” responded Bryan, who has been with the church for 27 years. “We have members of our church who participate with the senior center. It’s such a blessing for our community.”

The new senior center is located directly across Lee County Road 270 from The Bridge Church. The sign in front of the center was laden with colorful balloons Wednesday morning.

“I’ve been coming here for the past six or seven years,” said Willie Stephens. “I like socializing with everyone, and it’s so much better than sitting at home. Each of us gets a good meal every day, and I love riding the exercise bike in the recreation room. I ride it 40 minutes every day, and I feel so good afterwards. I’ve lost around 15 pounds since I’ve been riding that bike.”