Carter announces next season will be his last 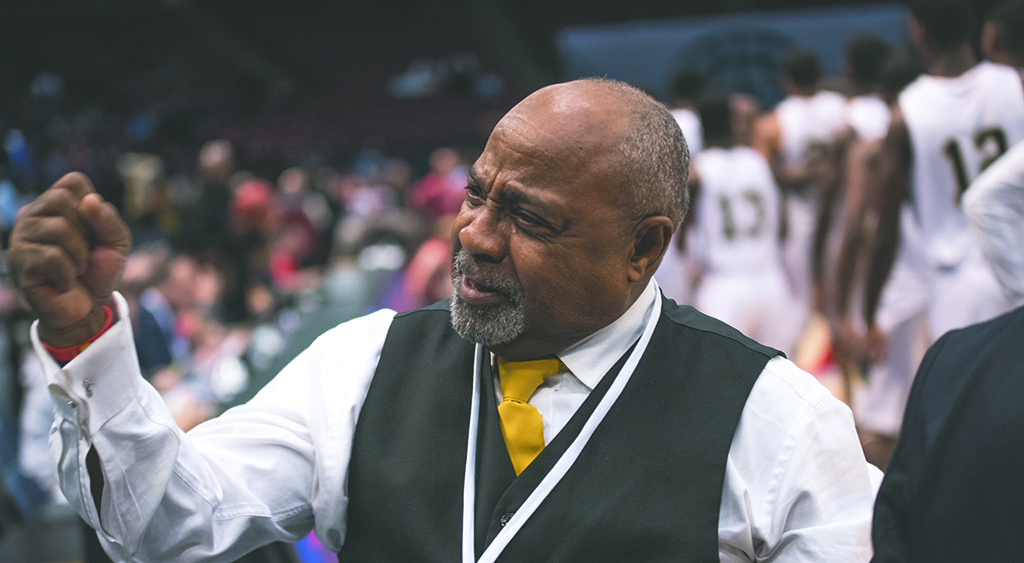 LANETT — The impact that Rev. Richard Carter leaves on young people goes beyond a sermon or a game.

“I want to say this to all of you,” Carter said in a confident tone behind the podium. “Once you graduate and decide to go to school, wherever you go, [if] you sign that paper or you decide to go somewhere out of state, go and stay.”

Carter then began to put more emphasis on his words and encouraged the audience to participate in the call-and-response that’s seen in AME churches on Sunday mornings.

“Stay. Don’t come back home until vacation. Don’t quit. Coach Story and I, I have to say this because it’s on my heart, we agonize every day because we have athletes that sign, go and stay a week and then come back home.”

Carter’s emphatic tone then softens thinking back on the athletes who returned home shortly after leaving for college.

After wrapping up over 48 seasons in coaching this past February, Carter has decided to return for one more. The longtime coach finished last season with a career record of 693-118, and he said that he hopes to finish beyond the 700 mark and a fourth state championship.

“This is one last dance for me,” Carter said. “My intentions now are to say ‘C’est la vie’ at the end of this year. My goal is to get the 700 mark and once we do that and complete the season, then we’re going home for good.”

Lanett athletic director Clifford Story, Jr. said that he was elated to hear the news of Carter’s return next season.

“It’s awesome because he’s a mentor, and he’s a God-fearing man,” Story said. “What Coach Carter does is he instills in these students on a consistent basis. Every time that you catch him talking to somebody or if he just passes them in the hall, he’s going to say something positive, he’s always going to say things to lift them up. That’s what we need because you never know the way some of these kids are going these days. Just a positive word may change their mind on something they didn’t have any business doing. He’s what we need.”

Story said that his favorite memory of Carter was in 2016 when the 45-year coaching veteran won his first state championship and reached out to hug his daughter who had her arms stretched out for him over the railing after the win.

“That brought tears to my eyes,” Story said. “That brought tears to his eyes and that was one of those moments that have always stuck out in my mind. When I hugged him, I said ‘you got it, man,’ and he said ‘Coach, I got it.’ He had lost so many Final Fours and so many championships, so for him to finally get it, it was a moment that I’ll never forget.”

Despite losing senior starting forwards Tifton “Dee” Dobbs and Jayshon Burton, Lanett brings a solid corps of key contributors from this past season including guard Quae Houston, Trey Abner, Zameron and Cameron Boozer as while as the return of Kristian Story, who originally said that he planned on enrolling into college early next spring to prepare for his freshman season of college football in 2020.

“I came in a winner, I want to go out a winner,” Carter said. “If it’s the good Lord’s will and He says so, then we’re going to put another blue trophy in that trophy case. That’s our goal. That’s what we’re working on now, and hopefully, if we can put another one of those blue babies in there and go home, that means that I would’ve won my first one and my last one.”