Chambers County 911 building to be named after Smith 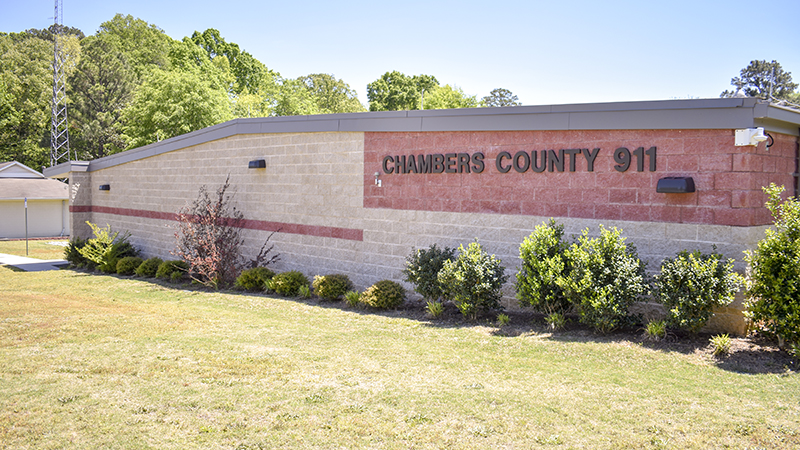 The Chambers County Commission passed a resolution Monday night honoring Smith and his 32 years of service to the county by authorizing the placement of his name on the side of the Chambers County Emergency Communications building located at 3609 Veterans Memorial Parkway in Lanett.

When the letters go up, it will read “Donald A. Smith Communications Center.”

Smith made a career out of bringing grants to the very commission he stood in front of Monday.  He said it was a team effort over the years to accomplish everything his team was able to do, but he’s still honored.

“I am probably as close to speechless as I have ever been,” he said.

Smith had been with Chambers County emergency management since county voters approved going with an enhanced statewide 911 system in 1986. He officially retired Jan. 30. Jessica Yeager was named the new director Jan. 31.

Chambers County Commission Chairman David Eastridge said he’s worked with Smith going back to the 1970s and that Smith is very dedicated to his work.

“I do not know of anybody else in the state that is more committed than Mr. Smith,” Eastridge said. “I am very proud to be part of the commission to put your name on that wall.”

Commissioner James Williams said even though he and Smith butted heads throughout the years, the county is in a better place because of Smith’s time as the EMA director.

“You’ve done an outstanding job putting us where we are today by way of 911 and communications in this county,” Williams said.

Commissioner Charlie Williams said he’s used to Smith telling the commission he’s obtained money for the county, which was always a welcome message.

“You normally have a grant on your hand when you come to us,” he said. “We appreciate all that you have done for the county.”

Smith said even though he’s not in the job any longer, he’s still helping Yeager chase down those grants to help fund the EMA office.

Commissioner Sam Bradford said Smith cared a great deal about his job, and it showed through his work.

“You definitely had the passion,” Bradford said to Smith.