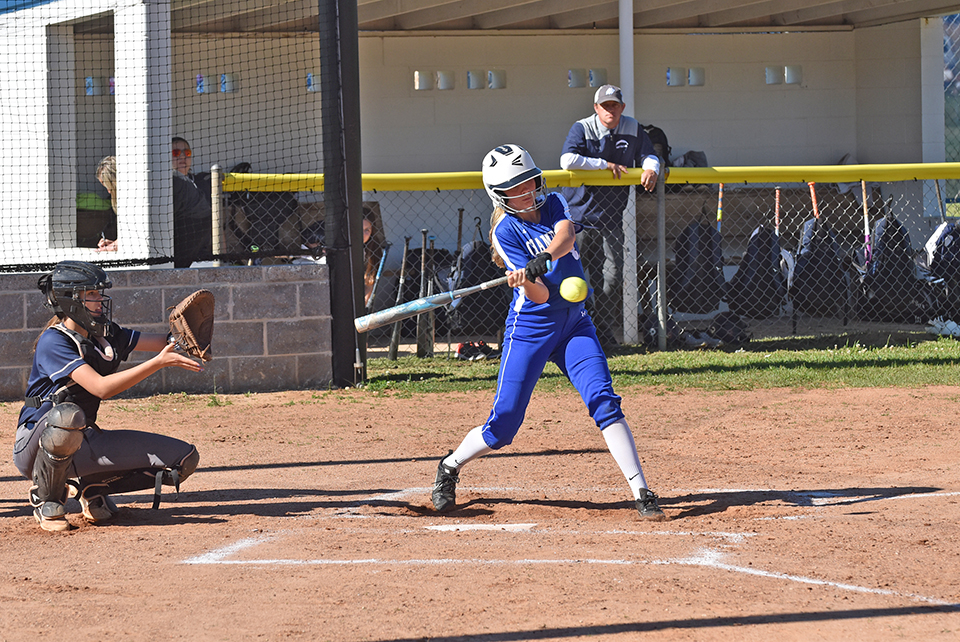 “I love a good defensive game,” Chambers Academy head softball coach Brandi Fuller said. “The error or two we made drove me crazy, but we just didn’t hit the ball as we can. Had we  been on our game, we would’ve scored several more runs.”

The Rebels had a few chances to score more, including one inning where the team had the bases loaded with no outs before ending the inning with no runs.

In the bottom of the fifth inning, hitting paid off for Chamber Academy’s Natalie Lovelace, when she hit a triple to right field.

“I knew my teammates needed me,” Lovelace said. “They were cheering me on, and that build my confidence to hit the ball. I’ve been in a slump this year so that definitely brought up my confidence a lot.”

Brandalon Rombokas then brought Lovelace in home with a sacrifice RBI groundout.

“I was going to have to at least get the bat on the ball so that she could make it home,” Rombokas said. “I knew that I was going to get her in because I hit it on the right side [of the field].”

Rombokas also made a split catch at first base to end the top of the sixth inning on defense.

“I like great defense, and she’s been working on that split,” Fuller said before letting out a laugh. “She’ll get over in foul territory on the side during practice and work on her stretching and splits.”

Chambers Academy ends the regular season on Tuesday at Springwood in a grudge match after losing to the Wildcats this past Saturday. Both the Rebels and Wildcats are No. 2 seeds in their respective areas, according to Fuller.

Chambers Academy will begin postseason play at home next Monday.