Chambers sophomore Allen named NAAPS 2A Player of the Year 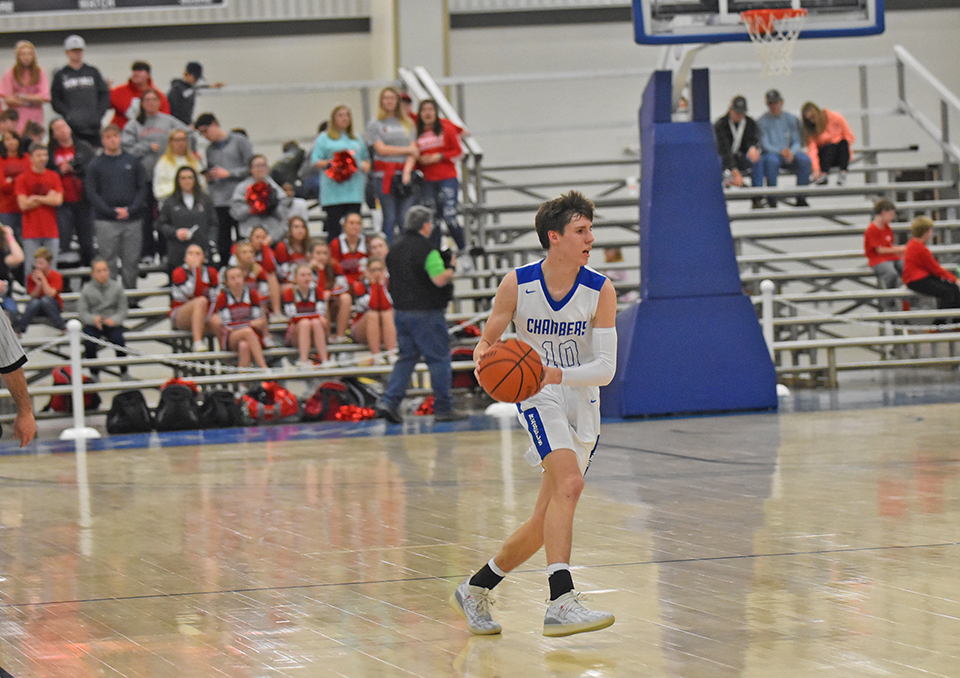 Rashad Milligan | Times-News head of class: Chambers Academy sophomore guard Payton Allen was named the National Athletic Association of Private Schools 2A Player fo the Year after averaging 23.9 points, 9.04 rebounds, and 4.03 assists this past season for the Rebels.

This past weekend, Allen was named the National Athletic Association of Private Schools (NAAPS) Class 2A National Player of the Year. Allen averaged 23.9 points, 9.04 rebounds and 4.03 assists per game for the Rebels this season.

“When you win a national award, it’s a humbling honor,” Chambers Academy boys head basketball coach Jason Allen said. “The first question that you ask yourself is ‘why me?’ or ‘why Payton?’ I’m just really humbled by the whole thing. That’s something that nobody will be able to take away from Payton, his hard work and [we’re] really elated and feel blessed to receive this honor.”

The win for Allen is the latest NAAPS honor for Chambers Academy this academic year. In the fall, the Rebels football team ranked second nationally in 2A after the program won its first state championship. C.J. Lyons, Braxton Allen, Jake Waldrop, Alston Knox and Dijon Darden were all named NAAPS football All-Americans last fall as well.

Over spring break, Allen went to Nashville, Tennessee and played in the NAAPS All-American 2A boys basketball game. Allen won the three-point shooting competition during the weekend.

“It was a good experience,” Coach Allen said. “We got to see a lot of different players from different parts of the country to see how we stack up and it was just a really great experience. It was an honor to be there.”

Allen was also named the 2018-19 All-Valley Area Boys Basketball Player of the Year and a finalist for the AISA boys basketball player of the year this spring. The amount of recognition the 6-foot-3 Allen has received potentially foreshadows his future as an upperclassman at Chambers Academy.

“You have to take it one day at a time, keep your head down and keep working,” Coach Allen said. “It takes hard work to be successful and if you stopped and rest on your laurels athletically, somebody’s going to pass you. Somebody’s getting better every day, and you’ve got to continue to strive to do that, keep working hard and take every day as a blessing.”