Gang leader convicted of murder, sentenced to life in prison 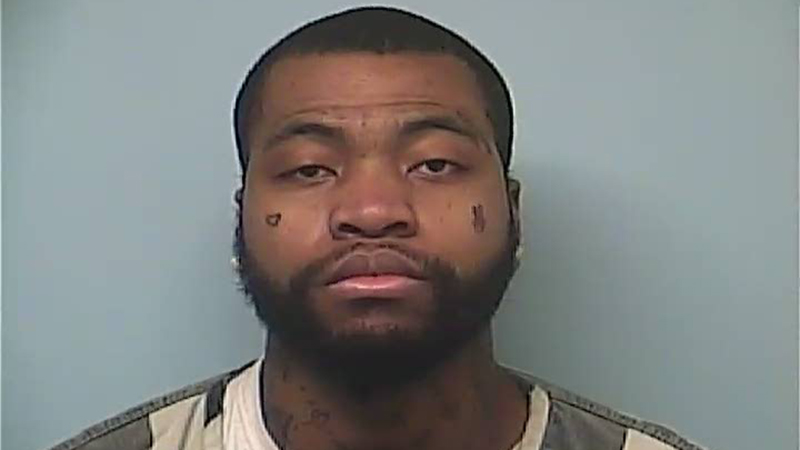 A former LaGrange gang leader was sentenced to life in prison, plus five years Friday in Troup County Superior Court.

According to a press release from the Troup County District Attorney’s office, 27-year-old Jamius Markevious Gunsby, also known as “Bankroll,” was found guilty of felony murder, conspiracy to commit aggravated assault and five violations of the Georgia Street Gang Terrorism and Prevention Act, all of which involved the July 24, 2016, killing of Quentin Denard Williams on North Cary Street.

“This case reemphasizes that criminal street gangs are a cancer on our community. They terrorize the communities that raise them, recruit and corrupt schoolchildren, and victimize kids like Quentin Williams who try to leave gangs behind,” said District Attorney Herb Cranford in a press release. “Leaders of criminal street gangs, in particular, often feel and act as though they are untouchable. This prosecution proves once again that gangs and their leaders will be brought to justice in Troup County.”

According to the press release, the evidence at the trial showed that Williams, who was 25, joined the Bishop Bloods in April 2016. Williams tried to leave the gang in July 2016, and left with the blessing of the gang’s leaders, who outranked Gunsby. After leaving the gang, Williams obtained and worked a legitimate job, aiming to provide for his children, according to the press release.

Gunsby allegedly held the position of “OYG” — or Original Young Gangster — a position of intermediate leadership, in the Bishop Bloods, a gang that originated in Los Angeles, California, in the early 1970s, and eventually made its way to Georgia and later to LaGrange.

Among the lower-ranking members who answered to Gunsby was Carston, who turned 15 years old on July 1, 2016.  According to the press release, evidence at the trial demonstrated that, during the spring and summer of 2016, the gang was plagued with a power struggle and that Gunsby and Carston sought to send a message with this murder.

Before gunning down the victim as he walked down North Cary Street toward the Wood Glen apartment complex, Carston called Gunsby for authorization, which Gunsby granted him. According to the press release, Carston shot Williams five times at close range, including once in the face, and he died on scene.

Carston was convicted of murder, Street Gang Act violations, and weapons offenses after trial in August of 2017 and sentenced to life plus 45 years in prison. A Troup County Grand Jury then indicted Gunsby in October of 2017.

Also during the Gusby trial, Troup County Sheriff’s Office deputies took a female observer into custody after she allegedly recorded video and took pictures of state’s witnesses, in violation of the court’s order. That investigation is ongoing.

“The Troup County community should know, however, that both law enforcement and the District Attorney’s Office take witness intimidation and tampering very seriously,” Cranford said in the press release. “In those cases, my office will continue to pursue substantial incarceration in order to protect those who come to court to tell the truth.”