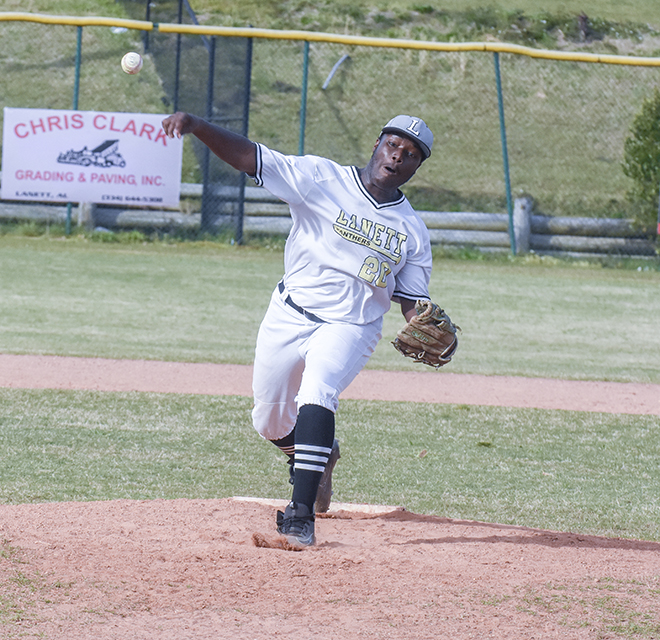 “It’s a huge step for this program,” Lanett head baseball coach Hunter Ames said. “These guys work hard. They put the work in during the summer, winter time, there was a lot of offseason work. Once the season started, they stayed with it.”

Lanett senior Kaleb Davidson gave the Panthers a complete game, only allowing one run through his five innings on the hill. The lone run from Loachapoka came from a runner who was walked and eventually scored from a Lanett error. Davidson threw 10 strikeouts in the game.

He also led Lanett offensively by finishing with two hits.

The Panthers’ runs came at a steady pace before erupting for over five runs in the bottom of the fourth inning.

Junior Nate Johnson caught in the contest, picking off a third base runner in a pivotal moment of the game.

“That speaks volumes moving on into the future,” Ames said. “He’ll be a potential leader on the team. He just played smart baseball tonight. He’s still learning the catcher position, but I like him back there because he knows baseball. You need guys who know what they’re doing all over the field, but you definitely need a guy who knows what they’re doing behind the plate. He’s very aware out there.”

Ames’ father, Ron Ames, was on the first playoff team at Lanett in 1975.

“I hope daddy’s up in heaven smiling at this one,” Ames said.

The Panthers return home next week to face Wadley.

Point men’s golf team near the top of NAIA…