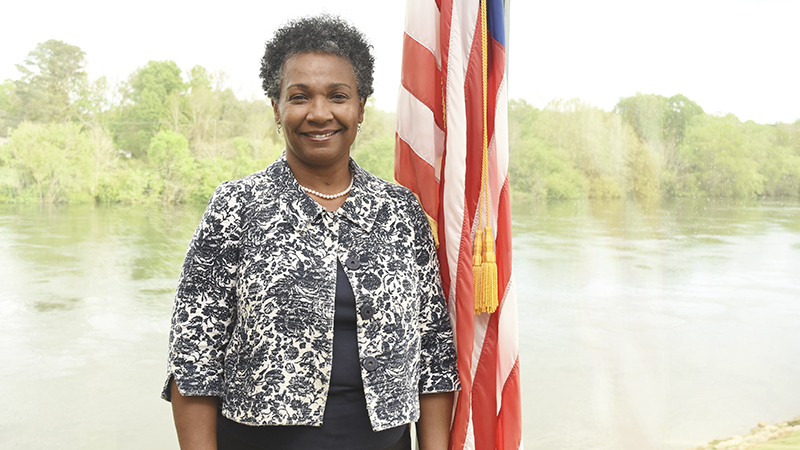 The council voted 4-1 to appoint Williams to the council with Joseph Downs, Henry Hutchinson, Gloria Marshall and Sandra Thornton voting in favor of her appointment. Gerald Ledbetter voted against Williams and Mayor Steve Tramell recused himself from the vote.

Amanda James and Tracy Bandy were the other candidates for the council seat.

“Thank you for your vote,” Williams said. “I look forward to working with the mayor and council to continue the advancement of West Point for all citizens.”

The council seat opened because Benjamin Wilcox stepped down from his seat on the council in January to accept the position of West Point municipal court judge pro-tem.

Following Wilcox’s resignation, the council decided to accept applications for the open position. Tramell said this was the toughest decision the mayor and council have faced collectively during his time in West Point.

“This has probably been the toughest vote we’ve had to do in my tenure as council member or mayor, and I don’t know why,” Tramell said before the vote. “We work together well … and we usually know how everybody feels. I don’t have a clue how anybody feels.”

Tramell recused himself from the vote because he expects Williams to run for mayor again later this year. Tramell defeated Williams by 25 votes in the 2017 mayoral race.

“I personally feel, because I am going to run for mayor this fall, and I am pretty sure Deedee will run for mayor as well, that puts [me] in an awkward position and doesn’t make me an objective voter,” Tramell said. “I’m going to recuse myself from this vote.”

Williams said after the meeting that she has not decided whether she will run for mayor again.

Ledbetter said despite his vote against Williams, he is looking forward to working with her on the council.

“Just because my candidate didn’t get elected, [that] does not mean I’m not happy for Deedee and happy for our city,” Ledbetter said. “Sometimes, we vote no. That’s how this process works.”

Following the vote, Tramell suggested that West Point change its city charter so that council appointments do not occur in an election year. Williams’ seat will be up for election this fall.

“I would encourage this council to consider this process not happening during an election year,” Tramell said. “I think that’s probably been the problem for us to come together because it is happening so close to an election. It makes it difficult to make a decision. We can amend our charter [to say] that if it’s in an election year, we don’t fill the vacancy, if you all so choose. I think that would be easier on all of you.”