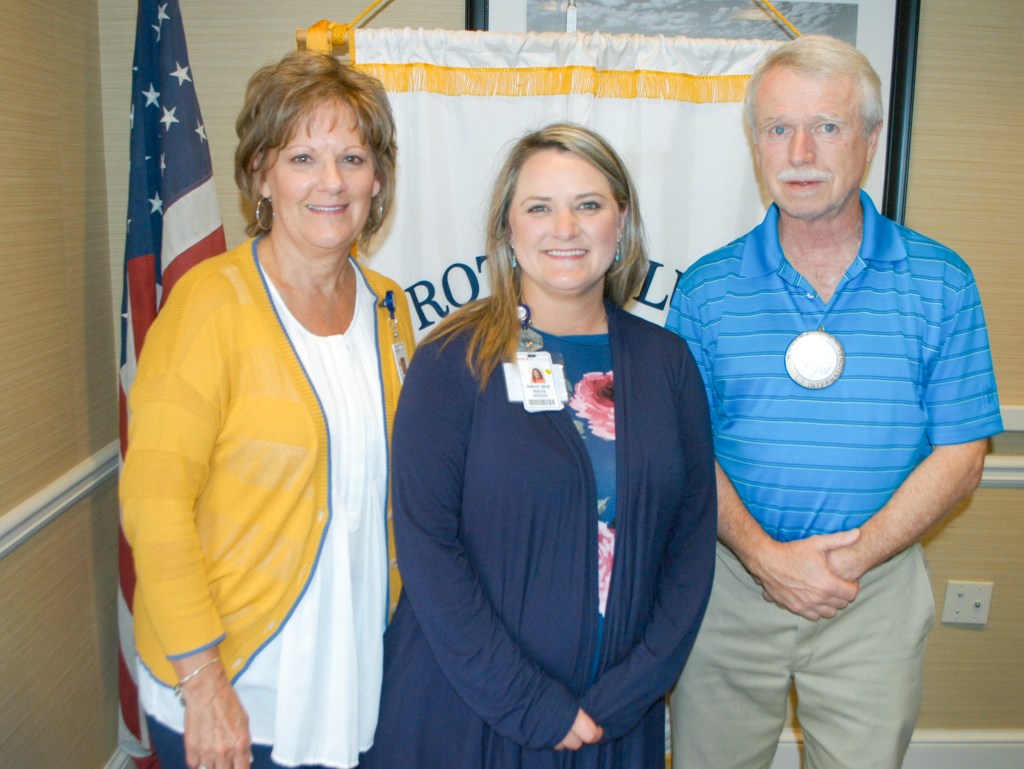 VALLEY — Ashley Beck, the manager for imaging services at EAMC-Lanier Hospital, was the guest speaker at last week’s meeting of the West Point Rotary Club. Beck has been with the department for the past 14 years and the manager for the past three years. She talked about a major change taking place in her department.

“We’re installing a new MRI machine,” she said. “It’s replacing one that’s been there for the past 19 years.”

The new machine costs more than $1 million dollars and will significantly improve the hospital’s MRI services when it’s up and running. It’s been a chore to take out the old machine and put in the new one.

“We had to take out a wall and to use a crane,” Beck said.

The new machine will be turned on the second week of June. It will have much better image quality and will have 3-D capability.

“It will be one of few machines offering dual imaging CT scans in Alabama,” Beck said.

Those who don’t like being in tight spaces should like the new machine much better than the old one. The person being scanned will be going through a larger bore, commonly called a “doughnut.”

Magnetic Resonance Imaging, or MRI, machines form pictures of the anatomy and physiological processes of the body in both health and disease. MRI scanners use strong magnetic fields, magnetic field gradients and radio waves to generate images of the organs of the body.

They are different from CT scans in that they do not involve X-rays or the use of ionized radiation.

Beck discussed a program at EAMC-Lanier that screens for early signs of lung cancer. It’s for smokers in the 55-77 age group.

“If lung cancer can be found in its early stages, it can be better treated,” she said.

CT scans made use of low-dose radiation in scanning for those early signs.

Thanks to the EAMC Foundation, mammography is provided free to those who can’t afford it.

“Our radiologists come from Opelika,” Beck said. “We contract with them.”

The staff of EAMC-Lanier, Beck said, is always looking for ways to improve services.

“Our outpatients are given surveys to ask how was their visit to EAMC-Lanier and what suggestions do they have for us to improve our services,” she said.