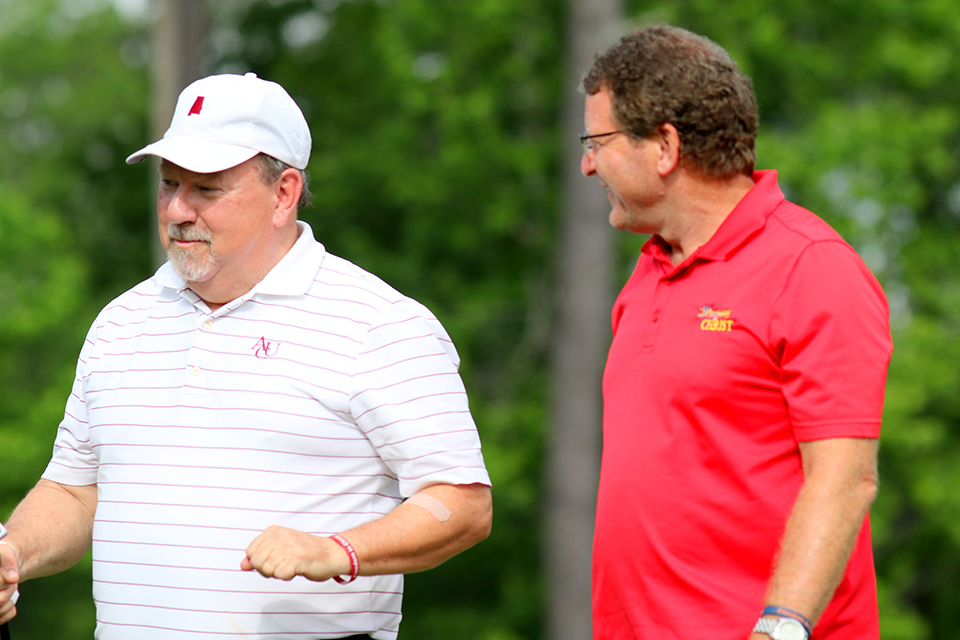 “It was a great day,” Freedom in Christ founder Randall Hamer said. “Everyone came through and said it was a great tournament, they had a wonderful time. Everyone left with smiles on their faces.”

There were 32 golfers who participated in the fundraiser, with nine primary sponsors from local businesses to help fund the event. The golf tournament raised approximately $4,000 for the ministry, according to Hamer.

The Opelika Mobile Home Supply team won the tournament and received the first-place prize of $400. Other prizes were given at the event, including longest drive, which went to Terry Daniel. Jeff Dye and Kurt Kalla were awarded the closest to the pin awards.

Freedom in Christ is a ministry that doesn’t charge any money for its services. Hamer and his ministry go out and work on community projects like building wheelchair ramps, providing a Bible and discipleship book in the prison ministry as well as holding various courses and small groups with study materials provided. Hamer has spent the better part of the last couple of months on the ground in Beauregard to provide aid and help with home restoration in the area.

“With one family, in particular, her husband has been in the hospital since day one,” Hamer said. “Occasionally, we help them out with gas and food going back-and-forth to Birmingham.”

Hamer said that the ministry also partners with the LaFayette Housing Authority to host barbeques, breakfasts and events like Easter egg hunts.

“The end game of our ministry is that when we leave an area, the people that are there are walking closer to the Lord than they were before we came,” Hamer said.

“It would be impossible to name everyone who contributed without leaving someone out because there were so many people who played a part,” Hamer said. “Some a big part, some a small part, but every part is just as valuable. We can’t do it without the help of people.

“It’s the same thing with our ministry. The only way that we can continue to reach and do the things that we do, and provide the training that we provide, is to have the prayer support, financial support and physical support of people. Not only in our area, but in surrounding areas.”