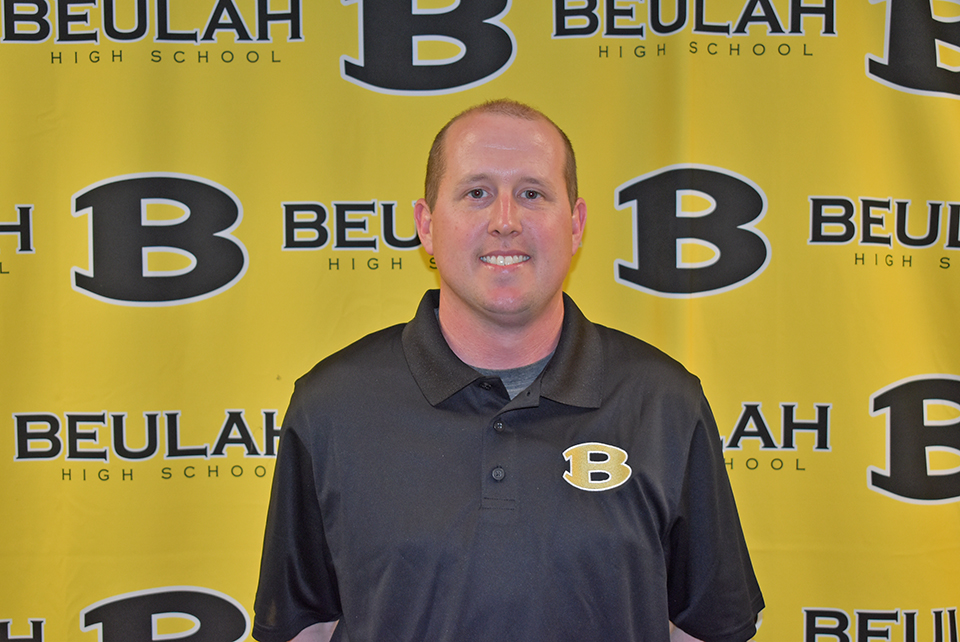 “It’s something that I’ve always wanted to do, it’s a goal of mine,” Johnson said. “It’s sort of surreal right now. I’ve had a lot of help along the way, I’ve very thankful and grateful to the people who have helped me along the way. I thank the administration for giving me an opportunity, the board. There are a lot of good coaches around this area, there are a lot of good assistant coaches around here who need a shot at it, and I’m very grateful, thankful and humbled by this. This is not something that I take lightly. I’m a faith-based person, and this is something that I’ve prayed for a long time about. My wife and I both did. We are extremely happy to take this opportunity.”

Beulah athletic director Richard Brown shared his praises of Johnson on Thursday afternoon, speaking highly of the coach’s character, which he said ranks among the best that he’s ever seen in his multiple decades working in education.

Johnson fills the vacancy from Cody Flournoy after the coach accepted an athletic director and head football coaching gig at 5A Jackson in Jackson, Alabama. The Bobcats are coming off of the school’s best season in 23 years. In 2018, Beulah finished the season 8-3, and hosted a playoff game.

Johnson is excited that the program decided to hire in-house after the historic season.

“That’s great because you don’t see a lot of turnaround shock from the kids,” Johnson said. “These kids have seen a lot of changes on the coaching staff, and if you can decrease the amount of shock, and awe in them, then that’s a good thing. These kids are resilient. When I met with them [on Wednesday], I walked in the room, looked at them and I said ‘I’m your new football coach,’ and they went berserk.”

Johnson said that he’ll probably continue to hold the offensive coordinator responsibilities, while Stan Pepper remains the defensive coordinator. The Bobcats will run the same offense and defense as they did before.

This fall junior Kaleb Abney, who’s known more as a pro-style quarterback as opposed to the dual-threat option that Portis was, will take the snaps for the Bobcats.

“You have to do what’s going to help your team,” Johnson said. “Whatever the strengths are of your players, you have to use them … what we ran offensively last year, we didn’t really show everything we had because our run game was so powerful. A lot of our passing game was not shown because of that, but whatever the kids are comfortable with, you have to focus on that and focus on their strengths.”

The new head coach said that he’s ready to step up in a larger role of representing the Beulah community.

“I’ve been here for eight years,” Johnson said. “This is a great hometown community type of environment. We need them to support these players, and we need them to support this school. They do a great job of that, on Friday night the stands are packed. It’s a great feeling to walk out the bottom of that gym coming on the field and it’s hard to get to your spots because of the number of people [there]. Their support means a lot to these kids. They feed off that, and I’m going to keep this tradition going of what we started last year of ‘changing the culture.’ It’s changed, we just have to keep it going in the right direction and we’re going to do it.”

Johnson will be the fifth head coach for the Beulah football program since 2011.