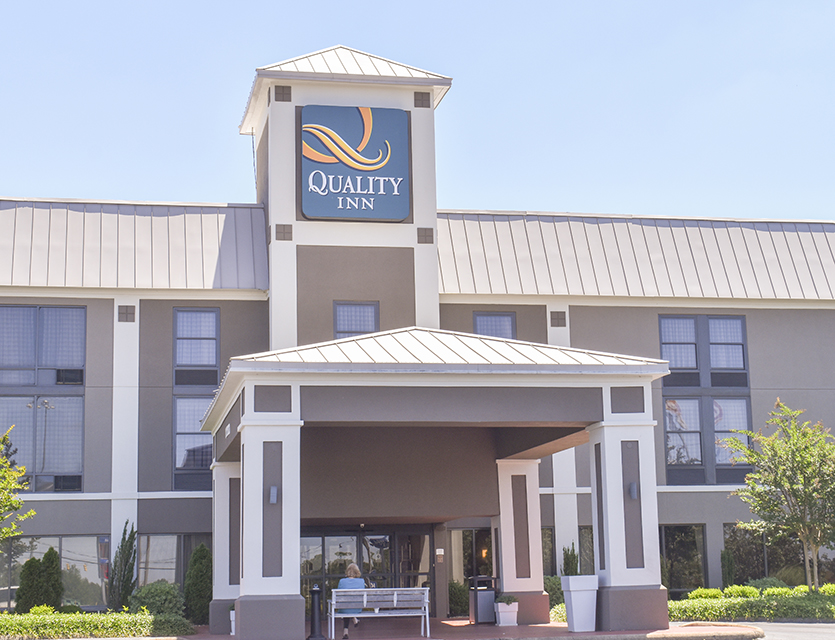 The city of Valley entered into an agreement with the Quality Inn in Valley to abate sales taxes if the funds are used to improve the business.

VALLEY — A hotel in the city of Valley will be getting a break on sales taxes for the next couple of years provided it makes $250,000 worth of improvements that will make it a more attractive place to stay for the traveling public.

Owned by Krishna Valley Hospitality LLC, the Quality Inn has undergone about $300,000 in upgrades in recent years. The hotel was closed for several years following a fire and had to undergo extensive renovations to reopen under new ownership.

The Quality Inn is located off 55th Street not far from Fob James Drive and exit 77 off Interstate 85.

In other business on Monday, the council suspended the rules and adopted upon first readings some proposed amendments to the city’s zoning ordinance. One change involves the Triangle Service Station property on the city’s south side. The move on the property takes it from rural residential to C-2 (commercial). The amendment more accurately reflects the property’s usage since there is a business on the property.

A lot located directly behind Capital City Bank in the Shawmut community has gone from O (Office) to R-2 (residential), which makes it consistent with the other lots on 35th Street. A 30-acre tract of land directly across from AuburnBank on Fob James Drive has gone from C-3 (commercial) and R-5 to R3 (residential) and property across 20th Avenue from the Langdale Cemetery has gone from R-2 to C-2. All these requested changes had been approved by the city’s zoning board.

Valley Parks and Recreation Director Laurie Blount reported to the council that this is a very busy time of year for the Community Center. There are lots of bands and sports team banquets taking place right now. Valley High graduation is set for Monday at Ram Stadium. If there is rain, the ceremony will take place inside at the Community Center.

Blount said that the Fitness Center would be closed Tuesday and Wednesday to allow for some interior painting. The reopening of the Community Center indoor pool has been set back for a few days but should be open very soon.

“We hope to have it open on Wednesday or Thursday of this week,” Blount said. “The rain slowed us down some. The PoolPak is on the roof, and the guys getting it started can’t be up there if there’s a threat of lightning.”

Blount said the Sportsplex should be very busy this weekend with an ages 50-55 softball tournament taking place. “We should have 18 to 20 teams participating,” she said. “Next week we will have a 9 and 10-year-old Dixie Boys tournament at the Sportsplex. That should be a great tournament for us. We are expecting a lot of people for it.”

Public Works Director Patrick Bolt said that this summer’s mosquito spraying is underway. A truck will be driving through each neighborhood in the city twice each month spraying to kill mosquitoes. Bolt said his department had been getting requests from people who drive buses and trucks to prune some low-hanging limbs around this city.

“This happens when you get a good bit of rain,” he said. “Some limbs that are normally over the road can hang low and interfere with a driver’s line of sight.

Bolt said that land clearing should start soon at the Fairview Cemetery, where the city is planning an expansion.

“It will take some time to get this done,” he said.

The council approved a five-item consent agenda. A lot in the Shawmut mill village and another lot on 55th Street were declared public nuisances. Public Works can now go in to demolish buildings on these properties and clean up the sites. Another consent item authorizes some timber on the Fairfax Cemetery site to be sold at fair market value. Another item a badge and service weapon to Cpl. Stephen Doyal, who is retiring after 26 years with the Valley Police Department.

The council suspended the rules and approved upon a first reading an ordinance to sell a city-owned lot in River View to Cedric Brown for $500.

With the next council meeting date falling on Monday, May 27, which is Memorial Day, the council announced that the meeting would be delayed one day, until 6 p.m. ET on Tuesday, May 28.