Swindle: What does a mistrial actually mean 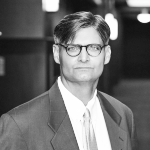 I have mentioned in the past that preparing for trial is similar to preparing for a football game. The players are ready. The game plan is strategically formed. Everyone is counting down to kickoff.

The only problem is that when the game begins, difficulties present themselves that were not part of the plan. However, anticipating those difficulties, thinking on your feet, and being flexible presents winning opportunities.

Recently, I have heard the word “mistrial” mentioned multiple times a day. Of course, this is because of the trial in West Georgia that ended with the judge granting the defense motion for a mistrial. So, the case is over? Right?

Motions for mistrials are quite common in criminal trial practice. However, the concept and consequences of the mistrial is generally misunderstood.

While there are countless scenarios of when a mistrial can occur, the most common occurrence happens when a jury is deadlocked, and the judge declares a mistrial based on a “hung jury.” In all criminal cases in Georgia, the jurors can only reach a verdict of guilty or not guilty by a unanimous vote. If the jury is split and cannot reach a verdict, the case results in a mistrial.

In most cases, a mistrial will not bar the State from starting all over and trying the defendant again. This is unfair and violates the protections of the Double Jeopardy Clause in the Constitution. However, the appellate courts have repeatedly disagreed and held that retrials are permitted in most circumstances.

Another common occurrence during a jury trial is when the defense attorney makes a motion for a mistrial outside the presence of the jury. When this happens, the defense attorney will argue his or her reasons why a mistrial should be granted. Trial judges usually do not grant these types of motions for mistrial unless the issue is so prejudicial that the defendant cannot receive that fair trial. The decision to grant or deny a motion for mistrial is within the sound discretion of the judge. He or she will usually deny the motion and offer to give “curative instructions” to the jury. These instructions are meant to have the jury disregard what they have just heard.

However, asking for curative instructions can be dangerous because the instruction can have the effect of overemphasizing illegal and prejudicial comments.

When a judge declares a mistrial, the current trial ends and preparations for a new trial with new jurors begins.

A second trial sometimes does not happen because during the first trial, good lawyers can further assess their weaknesses and strengths. A mistrial can prompt the prosecutor to reevaluate the case, present another opportunity for bond if the defendant is in custody, and prevents a conviction, at least for the moment and can lead back to plea negotiations.

However, there are times when negotiations are fruitless. When preparing for the second battle, the end of the war can be very far away.