Troup High Valedictorian made a goal to be No. 1 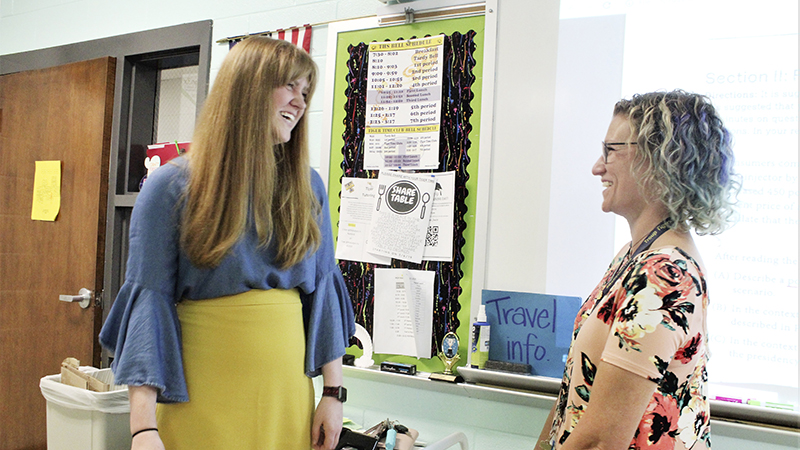 During a classroom project at Long Cane Middle School, Anna Murphy had to write her short term and long-term goals.

One of those goals was to become valedictorian. Just a few weeks ago, she was told she met that goal.

At Rosemont Elementary, she was an exceptional student who was in Discovery classes with her grandmother Barbara Murphy.

“She pushed me toward wanting to learn as much as I could and I fell in love with that,” Murphy said. “As I got older, I wanted to set goals for myself. It started out as attempting to get more A’s on assignments. In a middle school career class, we had to write down our goals and becoming valedictorian was one of them.”

As a four-year volleyball player for the Troup Tigers, and co-captain the past two years, she knows about perseverance.

“When kids are going through classes in high school, they should just push forward,” Murphy said.  “Whether they get A’s or not, they have to push forward to graduation.”

That is exactly what Murphy did when she was realized she needed a computer credit for graduation.

“I needed a computer class so I took it over the summer months,” she said. “At the time, I realized that I liked the structure of college-level classes, so I decided to pursue dual enrollment.”

She is also a member of National Honor Society, Fellowship of Christian Athletes, Beta Club and Troup Ambassadors.

She said dual enrollment at West Georgia Technical College and Columbus State University, combined with classes she took at Troup High allowed her to get ahead in her classes.

After graduation in May, she plans to attend Auburn University where her major will be actuarial science and mathematics.

“I just want to do math — that’s my main goal. I want to continue working out problems and finding something new,” Murphy said.