Valley shut out in jamboree at Opelika 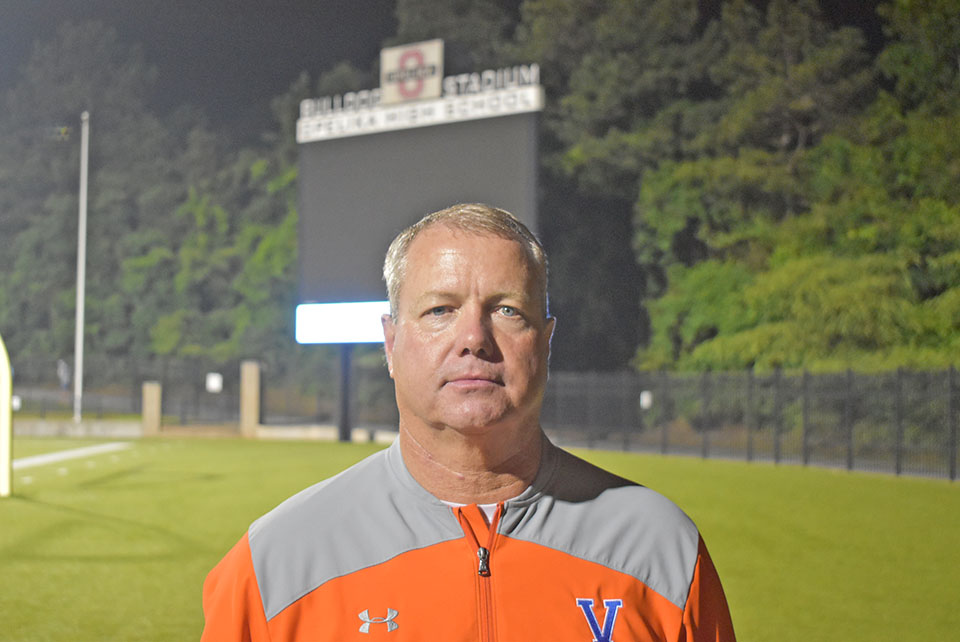 TOUGH NIGHT: Valley was shut out in Friday night’s spring game at Opelika. Daniel said that the team has many things to focus on this summer in preparation of the fall. Photo by Rashad Milligan

OPELIKA — It was a tough spring scrimmage for the Valley Rams as they were shut out by the Opelika Bulldogs on Friday night. The scoreboard was turned off after Opelika went up 28-0, Valley head football coach Buster Daniel said.

“We just couldn’t get anything going on either side of the ball,” Daniel said. “We didn’t tackle very well, we didn’t block well and quarterbacks didn’t make good reads. Those are the things that you need to win football games, and we just didn’t do that. We didn’t do a very good job at all.”

Last season’s starting quarterback Eli Culpepper decided to step away from the team for his upcoming senior year, as he also plays on the school’s baseball team.

Rising junior Gabe Harmon was the top backup in 2018, and he even was involved in a quarterback battle with Culpepper last summer.

Harmon started on Friday night, but didn’t separate himself from the rest of the group of M.J. Atkinson, Will Kennedy and John White, according to Daniel.

Daniel said that he was encouraged by the play of his freshmen on Friday night against a quality 6A school like Opelika, and that the team will begin workouts on June 5.

“We had a great spring,” Daniel said. “This was one of the best springs that I have ever had in 25 years. We’ve got great kids, the attitudes are great, the work ethic is great, it’s just the fact that we played a better football team tonight, and we didn’t respond. That’s what it was.”

The Rams will participate in a few 7-on-7s again this summer against Auburn High School, and potentially Opelika.

“We’re not a big 7-on-7 team, but I enjoy doing it with other teams,” he said. “That way we get our offensive and defensive line working also. That’s what it’s all about so we’re going to do a couple of things this summer.”